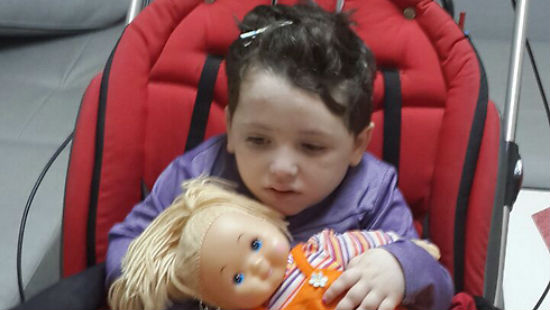 Hundreds of people took part in the Wednesday afternoon 29 Shevat levaya of Adele Biton, who was interred in Yishuv Yair in Shomron. Among those taking part in the levaya was Knesset Speaker Yuli Edelstein, Rabbi Elyakim Levanon Shlita (Rav of the Shomron Regional Council), Minister of the Economy Naftali Bennett and local rabbonim and officials.

The participants responded to the call of the family, which insisted on burying Adele in her community, which did not have a cemetery before today. The Kevura took place despite the objections of the IDF Civil Administration, which did not authorize the burial.

Mr. Rafi Biton, the bereaved father, gave one of the hespedim. He explained “you added us to the community of bereaved families”, in his pained words – speaking of the hundreds of thousands of Israelis whose lives have been torn asunder due to terrorism.

Her mom, Mrs. Edva Biton added, “Even as a baby you never liked sleeping. Now I understand you had so much to accomplish. You accomplished a great deal in your short life. There isn’t a person who isn’t connected to you or that does not know you personally”.