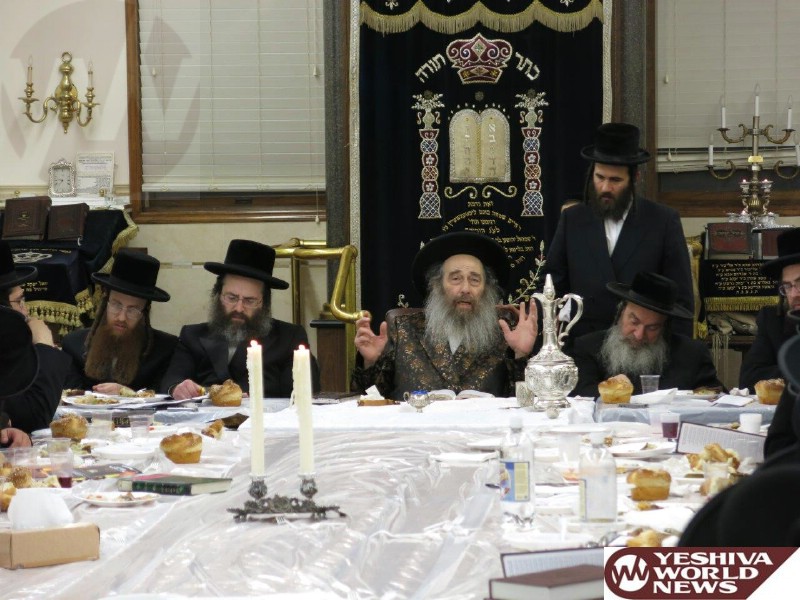 Horrific acts of anti-Semitism have recently spiked in Israel, Europe, and even in the United States of America. Jews in Paris, London, Buenos Aires, New York and alas, even in Jerusalem, are feeling increasingly insecure in the face of actual and threatened violence.

We still reel from the dreadful, fatal attacks carried out against our holy brethren in a Har Nof synagogue and a Paris kosher shop within the last few months. And, of course, the ever more strident expressions of intent from religious and political leaders in Iran to “wipe Israel off the face of the map” combined with their inexorable march toward nuclear capabilities, makes Jews the world over shudder with grave fear.

All of which painfully begs the obvious question: what factors lie at the root of this increased anti-Semitism and, more importantly, what can we Jews do to constructively combat this mushrooming scourge that threatens our very existence?

As we approach Purim, we find, amazingly, that the dangers we face today uncannily mirror those of antiquity, and the lessons of the Purim narrative and the miraculous salvation delivered “in those days, during this season,” provide much instruction for us to integrate and practice in our time as well. Particularly, the specific Mitzvos instituted and recorded by Mordechai and Esther in the Megillah to commemorate and celebrate Purim hold the key to ameliorating the anti-Semitism confronting us.

The events of Purim, which transpired some 2,500 years ago, were centered in ancient Persia, the site of modern day Iran. The evil Viceroy Haman conspired with King Achashveirosh to commit genocide on all Jews living within the Persian Empire, comprising 127 provinces, most of the known world at that time. What triggered that terrible decree? What had the Jews done to deserve total annihilation at that time?

In fact, this very question was posed by the Rabbis of the Talmud (Megillah 12a). One of the answers given is that the Jews of that generation were guilty of having participated in, and having derived pleasure from, the grand royal party thrown by Acahashverosh to celebrate his enduring rule over his vast empire. In partaking of this extravagant bacchanalia, the Jews had betrayed their heritage, history and, most grievously, the teachings of Hashem’s most precious gift to them, Torah and Mitzvos.

Celebrating Achashveirosh’s sovereignty and enjoying his largesse reflected their desire to get close to the King and gain acceptance in secular society. This diminished Jewish loyalty and fealty to Hashem, the King of Kings, and represented a denial of the recognition that all of our needs are provided for by Him alone and not some pagan King of flesh and blood.

Furthermore, the Talmud relates that Achashveirosh utilized the vessels of the plundered Bais HaMikdash (Holy Temple) to serve his guests at the party. In addition to profaning the holy vessels through immoral usage, reveling in such a party the demonstrated that the Jews no longer held out hope, or worse, had no desire for the Temple’s eventual reconstruction!

Additionally, by lustfully imbibing the feast’s delicacies and satiating their basest desires, the Jews fostered a sense of self-absorption that inevitably eroded their concern for the needs of their fellow man and dulled their Jewish sensitivity to the plight of the poor and less fortunate amongst them.

Valiantly, fighting against this ruinous trend stood one man, Mordechai the Jew, who remained steadfast in his belief and commitment to Torah true Judaism. He strongly admonished the Jews not to join the feast and to resist the temptations of assimilation into Persian society. Alas, they did not heed his call.

Against this regrettable backdrop, Haman came to power and instituted his terrible decree of wiping out the entire Jewish nation. This was anti-Semitism in the extreme, but it came about as a reaction to weakening Jewish practice and faith. In fact, the Al-mighty is insuring that the Jewish identity should forever be maintained. Whenever Jews abandoned their heritage and drew too close to their gentile neighbors, a swift, severe backlash always followed. Ironically, the very anti-Semitism which threatens to destroy the Jews, ultimately preserves them. For without this reaction, the surging tides of assimilation and abandonment of faith would wipe out any trace of Jewish identity, God forbid.

Anti-Semitism always forces us to confront our Jewish identity, to band together and re-commit ourselves to the path our forefathers and sages set out for us in an unbroken chain leading back to Har Sinai whence we first received the Torah. When we repent and mend our ways, the salvation comes. This is precisely what happened in the story of Purim when Queen Esther instructed Mordechai, “Lech Knos es Kol Hayehudim HaNimtzaim B’Shushan, V’Tzumu Alai, – Go and gather all of the Jews of Shushan and fast for me.”

With that one instruction, Esther sought to rectify all of the ills that had infiltrated into Jewish life. In place of disunity, gather together; in place of gluttonous royal feasts focused on King Achashveirosh, fast and focus your prayers toward the Almighty above; and in place of thinking about yourselves and disregarding others, pray for me, pray for your fellow Jew.

Hashem accepted the Teshuva of the Jews at that time and orchestrated events to provide for their salvation. In its aftermath, Mordechai, Esther and the Sages of the day instituted four special Mitzvos to commemorate the salvation and reinforce its lessons. The Mitzvos and lessons are:

1. Reading the Megillah – The most critical element in reclaiming and strengthening Jewish practice is the study of Torah. We read the Megillah as a remembrance of the story, as a way of praising Hashem for His salvation, and as a form of Torah study to reinforce this crucial lesson.

2. Seudas Purim – We eat a lavish meal, but dedicate it to acknowledgement of Hashem as our absolute ruler and the One who provides for all of our material needs. We enjoy the meal in the company of spouse and family demonstrating that we are happy with our God given lot in life and have no desire for what others have.

3. Mishloach Manos – sending portions of food to one’s friend.” This fosters a spirit of brotherhood, love and unity, the foundation stones of both Jewish compassion and strength.

4. Matanos l’evyonim – “gifts to the poor.” We do not become arrogant with our material wealth. Rather we acknowledge it as a gift from Hashem and recognize our responsibility to act as Hashem’s messengers in providing for the welfare of those in need of assistance.

These Mitzvos and the lessons they instill were the key to battling anti-Semitism in days of old and remain equally relevant in battling the scourge of anti-Semitism we face today. We must learn from the narrative of Purim that whenever the Jewish people try to emulate the gentile nations through assimilation and intermarriage, there will be a backlash. Far from endearing ourselves to the nations of the world, we will only arouse their ire.

Thus, the nations remind Jews everywhere that a Jew is not a German, a Frenchman, an Englishman or an American. Moreover, a Jew is not an “Israeli” a term which applies equally to Jews, Arabs and other non-Jewish citizens of the State of Israel. A Jew is simply a Jew, a servant of God. When we live our lives in accordance with God’s will, keeping the Mitzvos and living as a priestly and holy nation, only then can we earn the respect of the nations and only then will anti-Semitism abate.

This Purim season, as we contemplate the dangers arrayed against us, and many people greatly fear the possibility that the Iranian government might get the final approval on a deal, which according to some experts may result in assisting them to reach their horrific goal, let us all recommit to the path of Torah and Mitzvos. And let us pray that the salvation Hashem brought to the Jews of ancient Persia will be delivered to us as well, in the merit of our serving Hashem in fullness of heart and spirit.

Wishing you and your families a joyous and spiritually uplifting Purim!