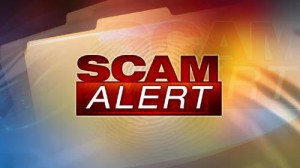 Assemblyman Dov Hikind (D-Brooklyn) is warning everyone not to be fooled by scam artists pretending to raise money on behalf of the Sassoon family, which tragically lost seven children in a fire this past weekend. Immediately following the announcement of the disaster, on-line fundraisers sprang up claiming to benefit the family of the victims.

“At this moment, Mr. Sassoon is in Israel attending to his children’s burial arrangements and we have been in touch with the Sassoon family’s rabbi who made it clear that there is no legitimate fund established for the family at this time,” explained Hikind.

“Our community is enormously impacted by this disaster and not surprisingly everyone wants to help, so we’re viewed as ripe for this type of scam which targets people when they are emotional and vulnerable. If and when there is a legitimate fund established at any time, we will share the information.”

Assemblyman Hikind added that people are asked to continue praying for the complete recovery of the mother Gila bat Tziporah and her daughter Tziporah bat Gila.

Hat tip to YeshivaWorldNews who first broke the news of these scams. Assemblyman Hikind’s office followed up with the family’s rabbi.

YWN NOTES: Three scams have been shut down that to the readership of YWN, and police have already launched investigations into another. Should you notice any fundraisers online, please contact YWN with that link so we can alert our readership.