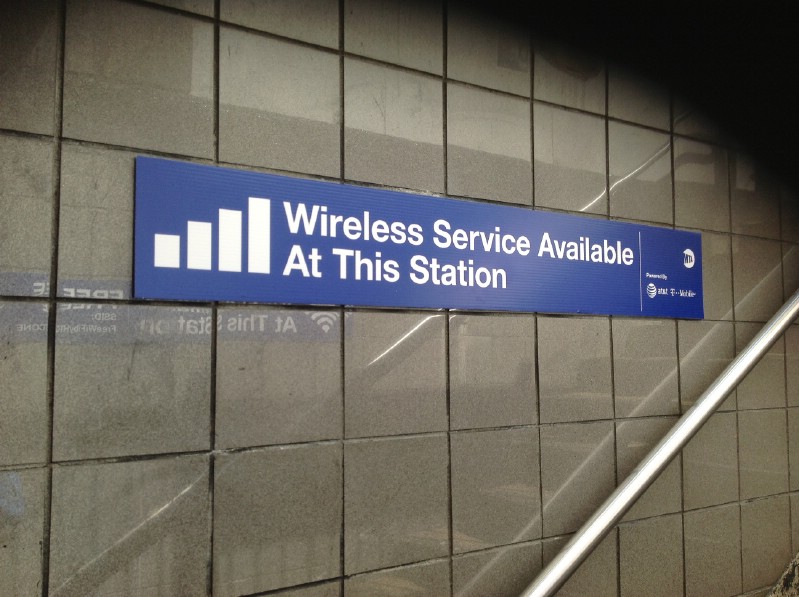 Transit Wireless announced today that it has commenced the construction of Phase 4 of the cell phone and Wi-Fi service expansion to additional Metropolitan Transportation Authority (MTA) underground subway stations located in the Bronx and Upper Manhattan. The company also announced that it now has over 100 stations wired and online and is on track to wire all 279 underground stations by 2017, several months ahead of schedule with strong support from New York City Transit. The Phase 4 build out comprises 37 Manhattan and Bronx stations expected to be online to riders by the end of this year.

“We’re pleased to extend connectivity and E911 services to MTA subway riders in The Bronx,” said William A. Bayne, CEO of Transit Wireless. “As we celebrate the 100th station coming online, we want to thank our wireless carrier partners, the MTA and our team at Transit Wireless for all their efforts in helping us reach this goal ahead of schedule. We have hit a significant milestone in deploying our high-capacity wireless and Wi-Fi underground network, a huge accomplishment considering the complexity of this project.”

Specifically, Phase 4 of the cell phone and Wi-Fi network build-out covers 20 underground stations in the Bronx and 17 stations in Upper Manhattan. This phase includes key transfer stations such as 51st Street/ Lexington Avenue (6,E,M), 59th/Lexington Avenue (4,5,6,N,Q,R), 149th S. Grand Concourse (2,4,5), and 125th Street (4,5,6). The cell phone and Wi-Fi connectivity of 149th S. Grand Concourse will not only serve commuters, but also fans of The Bronx Bombers as they travel to and from Yankee Stadium.

“The MTA has been on a clearly defined mission to improve our mass transit system with upgrades to the station environment through several ambitious new-technology communications projects like this one, aimed at improving the travel experiences of our customers while offering another level of security,” said MTA Chairman and CEO, Thomas F. Prendergast.

Phase 1 and 2 of the network currently connect 47 million monthly MTA riders traveling in Manhattan and Queens underground stations. Phase 3 of the project is well underway, and will connect 39 underground stations and more than 12 million monthly riders. The major stations in Phase 3 include Flushing-Main St. (7), Fulton Street Transit Center (4,5,J,Z), 125th Street (A,B,C,D), and Delancey St./Essex St. (F,M,J,Z). By the end of Phase 4, around 72 million monthly riders will be able to receive free wireless and Wi-Fi service as they travel in the underground subway stations located in Manhattan, Queens, and the Bronx. The nation’s largest mobile carriers, AT&T, Sprint, T-Mobile USA, and Verizon Wireless, continue to partner with the MTA and Transit Wireless to provide wireless service to their customers in the subway system’s underground stations.

To help riders connect to the wireless and Wi-Fi network, Transit Wireless placed signage inside and outside connected underground stations with information about the wireless and Wi-Fi service. Ridership can use their cellular service through the four major U.S. carriers or select the “Transit Wireless WiFi” network on their mobile devices to access the free Wi-Fi service and NYC centric content via CityBuzz.

Transit Wireless has engineered a robust, high capacity network to provide industry-leading speeds to subway riders in underground stations across New York City. Underground connectivity enables subway riders to place calls and browse the web while in stations. Around 95% of users connect through their smartphones to obtain information on news, travel information, technology, and entertainment. The most active users are young adults (18-24) and young professionals (25-34) by 30% and 36%, respectively.