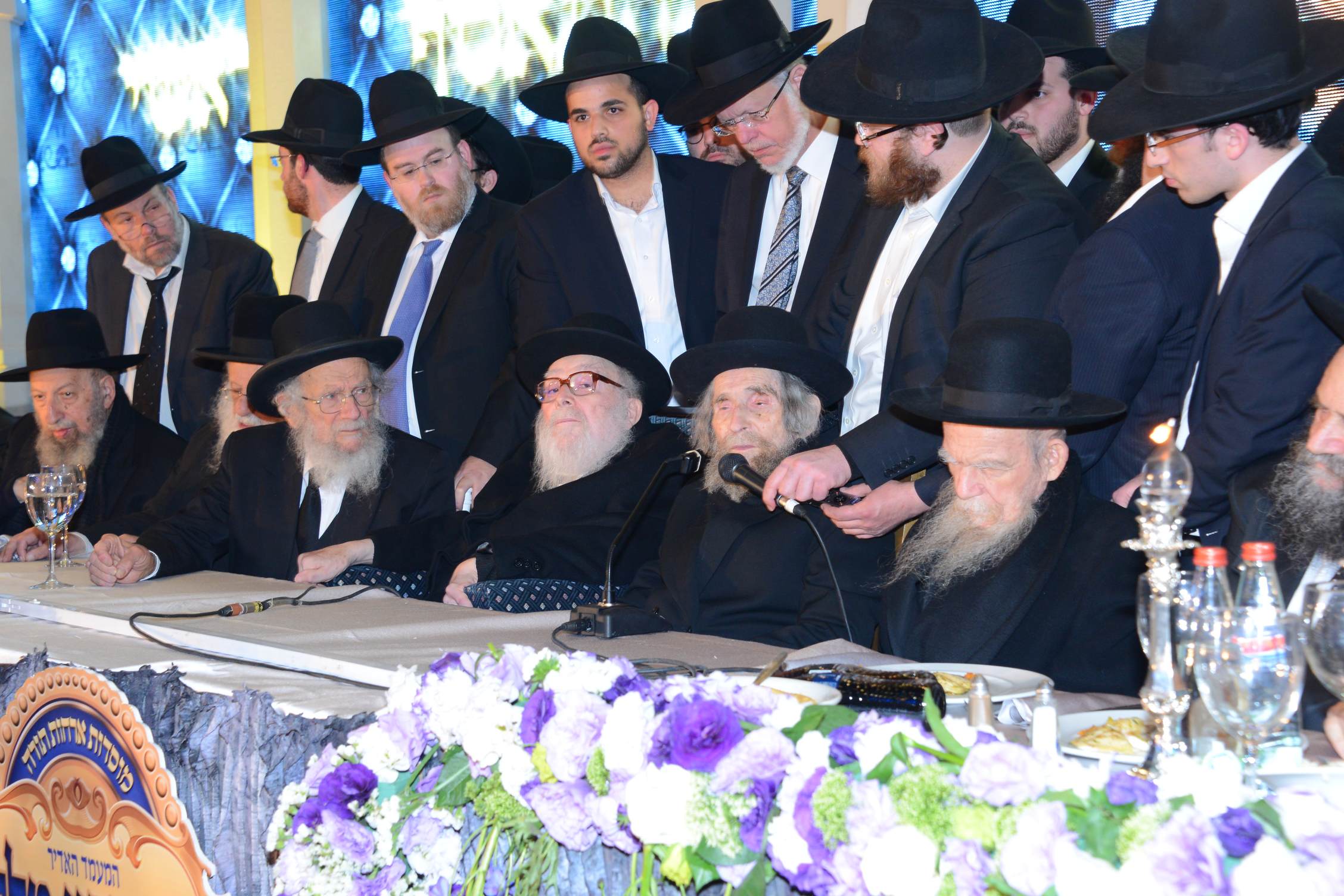 Thousands of students and alumni of Yeshivat Orchot Torah, under the leadership of Maran, the Gaon, Rabbi Aharon Leib Steinman, shlita, the Rosh Yeshivah, gathered in an atmosphere of exalted holiness in the Royal Garden Halls in Petach Tikvah, under the banner of ‘BeYeshurun Melech’, that was organized for the benefit of Yeshivat Orchot Hatorah and the Orchot Hatorah Institutions. This was the first gathering of its kind since the Yeshivah was instituted 17 years ago. Roshei Yeshivot and Maran Gedolei Torah from all the streams of Yeshivot came to this event which was headed by, as mentioned, Maran the Rosh HaYeshivah Rabbi Aharon Leib Steinman shlita. 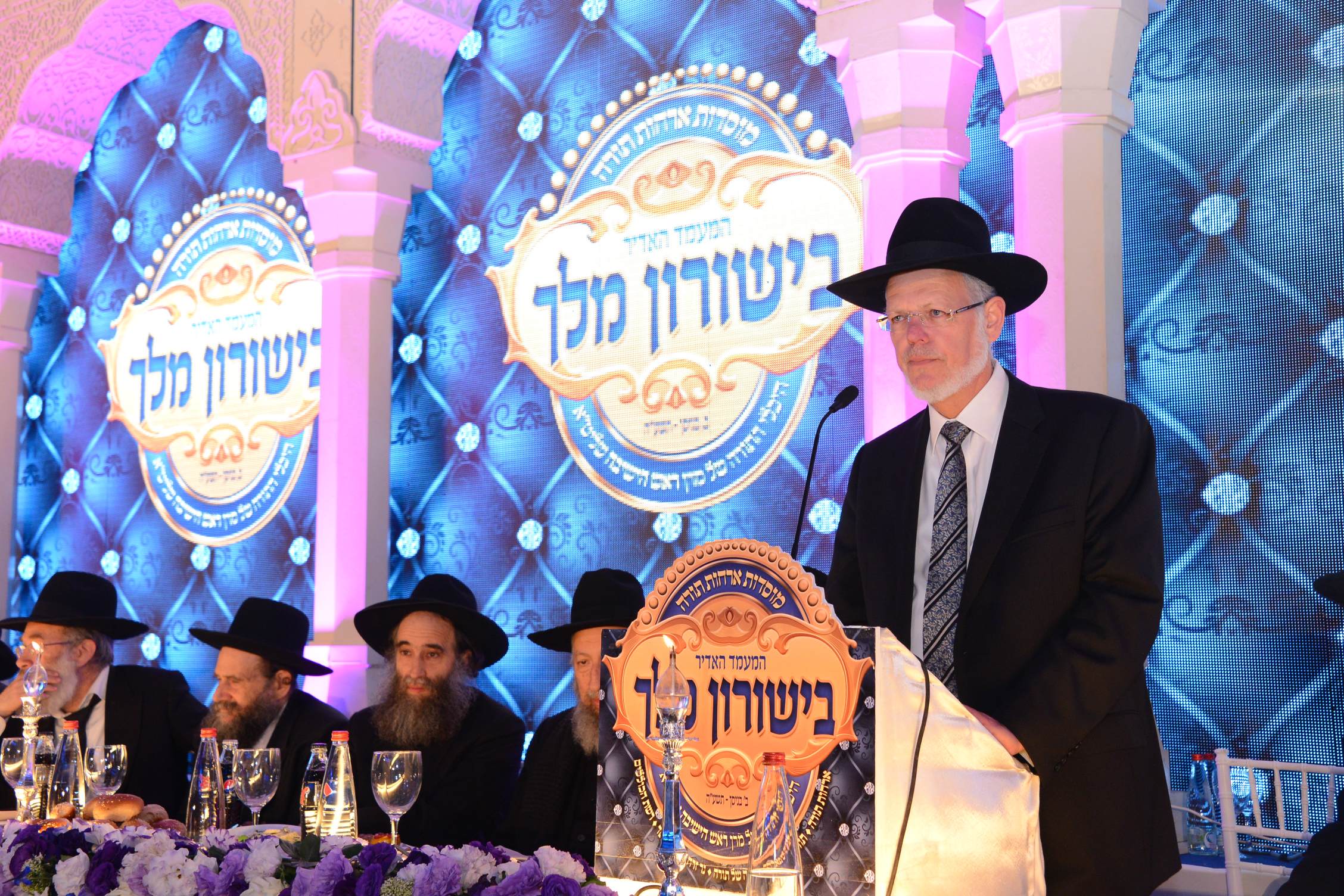 At the moment that Rabbi Steinman, shlita, entered the hall the thousands of participants arose and broke into song while clapping their hands and dancing to the tune of “Yamin Al Yemei Melech Tosif” (Hashem should add years to the life of the king). Rabbi Steinman, shlita, spoke and said that Yeshivat Orchot Hatorah that he invested so much effort to establish has raised generations of Talmudic scholars who have spread Torah throughout the world. Rabbi Steinman, shlita, tried to encourage each and every one to invest a bit more effort in order to advance in learning Torah and acquiring the fear of heaven in order to rise level after level in holiness because our levels are not so high at the moment. 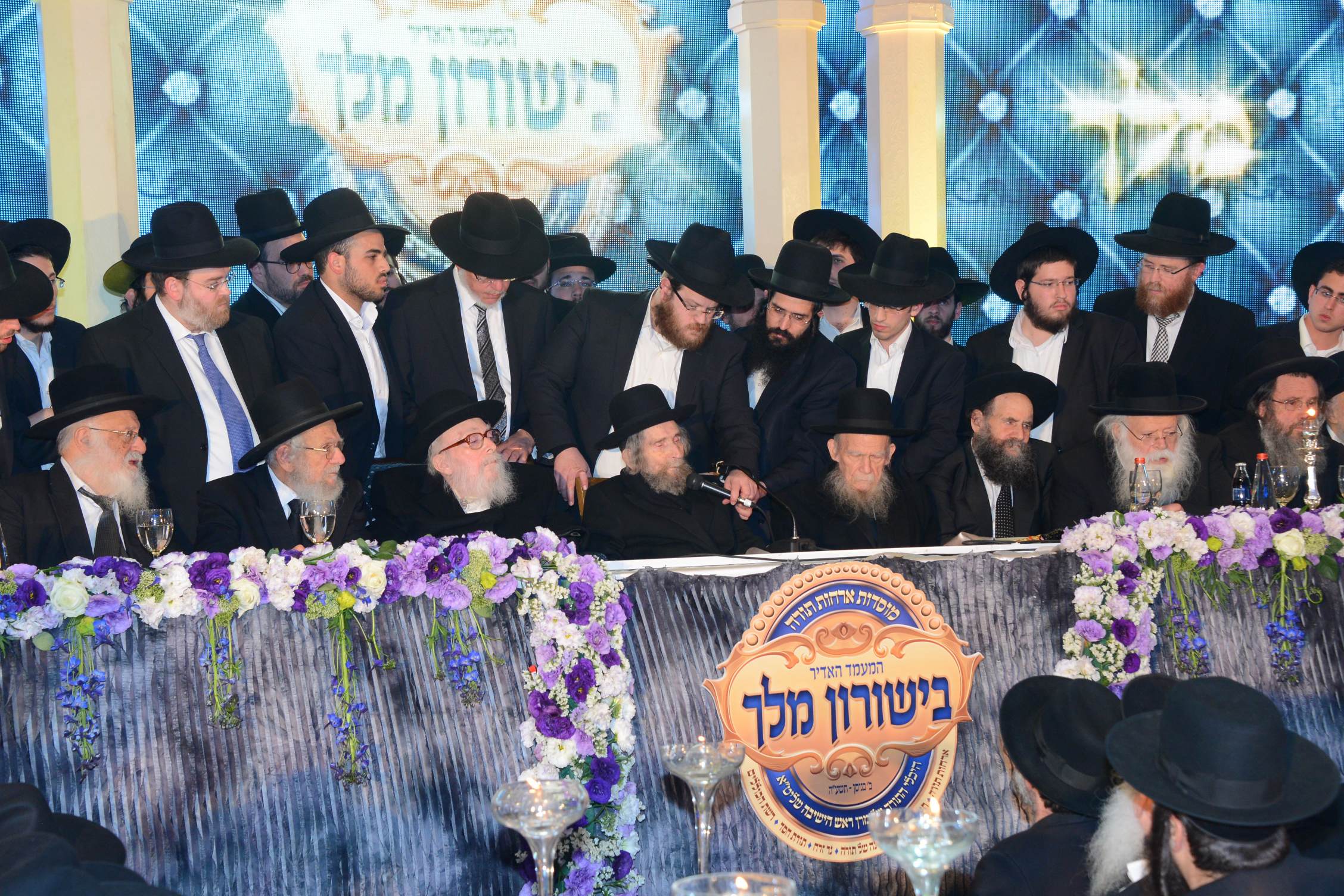 The alumni who came to this unique event were completely enthused and signed standing bank orders in order to help this tremendous undertaking and in order to develop the Torah world in the land of Israel, especially the Yeshivah and Institutions of Orchot Torah