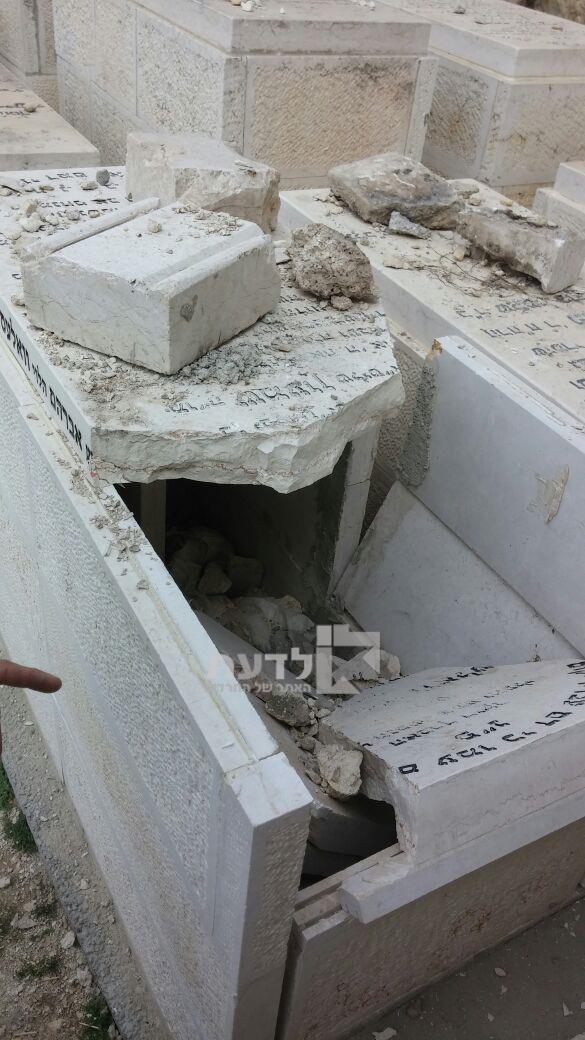 Rav Avrohom Wallis HY”D, 29, a father of six, was murdered in a Jerusalem terror attack on Monday, 8 Menachem Av 5774 by an Arab terrorist driving a tractor near Zvill Junction.

It has been learned that the Har HaZeisim kever of the Kadosh, who was a member of the Toldos Aaron community, was vandalized and damage is reportedly significantly. Persons who were at kever report it appears that boulders were used to smash the matzeivah.