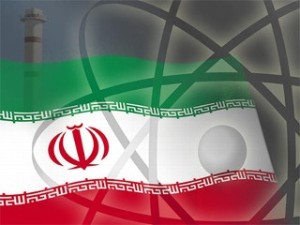 Wrapping up six days of marathon nuclear talks with mixed results, Iran and six world powers prepared Tuesday to issue a general statement agreeing to continue talks in a new phase aimed at reaching a final agreement by the end of June to control Iran’s nuclear ambitions, officials told The Associated Press on Tuesday.

Officials had set a deadline of March 31 for a framework agreement, and later softened that wording to a framework understanding, between Iran and the so-called P5+1 nations — the United States, Britain, France, Germany, Russia and China.

And after intense negotiations, obstacles remained on uranium enrichment, where stockpiles of enriched uranium should be stored, limits on Iran’s nuclear research and development and the timing and scope of sanctions relief among other issues.

The joint statement is to be accompanied by additional documents that outline more detailed understandings, allowing the sides to claim enough progress has been made thus far to merit a new round, the officials said. Iran has not yet signed off on the documents, one official said, meaning any understanding remains unclear.

The talks have already been extended twice as part of more than a decade of diplomatic attempts to curb Tehran’s nuclear advance.

The officials spoke on condition of anonymity because they were not authorized to comment on the talks on the record.

If the parties agree only to a broad framework that leaves key details unresolved, President Barack Obama could face stiff opposition from members of Congress who want to move forward with new Iran sanctions legislation. Lawmakers had agreed to hold off on such a measure through March while the parties negotiated.

Obama has warned that passing new sanctions during the talks could upend the sensitive discussions.

The softening of the language from a framework “agreement” to a framework “understanding” appeared due in part to opposition to a two-stage agreement from Iran’s supreme leader, Ayatollah Ali Khamenei. Earlier this year, he demanded only one deal that nails down specifics and does not permit the other side to “make things difficult” by giving it wiggle room on interpretations.

Russian Foreign Minister Sergey Lavrov, who left Lausanne Monday, arrived back to the Swiss city by late afternoon, another indication that an end to the talks was near.

In Moscow, he told reporters: “Prospects for this round of negotiations were not bad, and I would even say good.”

Some of the P5+1’s foreign ministers joined Kerry and Iranian Foreign Minister Mohammad Javad Zarif at the talks over the weekend in an intense effort to reach a political understanding on terms that would curb Iran’s nuclear activities in exchange for sanctions relief.

Kerry and others said the sides have made some progress, with Iran considering demands for further cuts to its uranium enrichment program but pushing back on how long it must limit technology it could use to make atomic arms. In addition to sticking points on research and development, differences remain on the timing and scope of sanctions removal, the officials said.

The Obama administration says any deal will stretch the time Iran needs to make a nuclear weapon from the present two to three months to at least a year. But critics object that it would keep Tehran’s nuclear technology intact.

Officials in Lausanne said the sides were advancing on limits to aspects of Iran’s program to enrich uranium, which can be used to make the core of a nuclear warhead.

Uranium enrichment has been the chief concern for more than a decade. But Western officials say the main obstacles to a deal are no longer enrichment-related but instead the type and length of restrictions on Tehran’s research and development of advanced centrifuges and the pace of sanctions-lifting.

Over the past weeks, Iran has moved from demanding that it be allowed to keep nearly 10,000 centrifuges enriching uranium, to agreeing to 6,000, plus another 480 centrifuges in the underground facility in Fordo that the Iranians say would be used only to enrich other elements used for peaceful purposes. The officials said Tehran now may be ready to accept even fewer.

Tehran says it wants to enrich only for energy, science, industry and medicine. But many countries fear Iran could use the technology to make weapons-grade uranium.