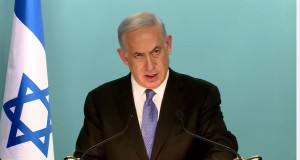 It now appears that Prime Minister Binyamin Netanyahu is not certain to sign on both chareidi parties as negotiators appear locked regarding Shas, which has changed its wish list a number of times. At first it was believed Shas would be among the first parties to sign on to the new coalition, but party leader Aryeh Deri seems unwilling to accept the fact he cannot have the entire Interior Ministry portfolio as the District Planning Board component was promised to the Kulanu party. The prime minster remains hopeful to sign with Yahadut Hatorah in the coming days.

Shas has also raised its Zero VAT (Value Added Tax) bill, calling for the elimination of the vat tax on basic items. Shas stated it will not enter a coalition until this is guaranteed as per its election campaign promises. There are reports quoting officials in the treasury that Israel must charge VAT as it does in line with OECD (Organization for Economic Cooperation and Development) agreements. Shas states this is not so, insisting the VAT on basic items can be eliminated. Shas adds such a move would assist the 2 million Israelis living under the poverty line.