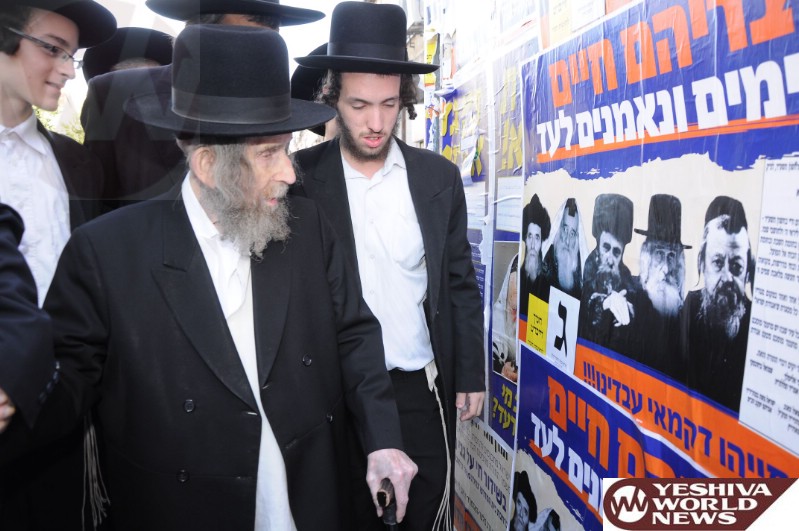 A first glimpse at the draft coalition agreement with Yahadut Hatorah shows progress and perhaps Prime Minister Binyamin Netanyahu can be optimistic that the chareidi party will be the first to sign on to his coalition.

As was reported earlier, Yahadut Hatorah insists that the criminal sanctions component of the chareidi draft law is eliminated. Even if this is done, it remains to be seen if such a move will stand up to a Supreme Court challenge, which is all but guaranteed. The same holds true for promises from PM Netanyahu to return exclusive control of state giyur to the Chief Rabbinate of Israel, thereby undoing the law passed by Bayit Yehudi in the last administration.

Also included in the agreement is that Yaakov Litzman will become deputy health minister with ministerial authority, giving him free hand to run the ministry as he did in the 18th Knesset. Moshe Gafne is to serve as chairman of the Knesset Finance Committee and Meir Porush as deputy minister of education, which will most likely place him in charge of chareidi education.

A Yahadut Hatorah representative is also to be appointed to the committee that appoints judges and dayanim. The prime minister is also giving his word to work towards changing the current reality by which the state’s batei din are discriminated against in comparison to the secular judicial system. Yahadut Hatorah is also likely to have a deputy Knesset speaker in the second half of the coalition’s tenure.

The agreement will have to be approved by gedolei yisrael and admorim of both Degel Hatorah and Yahadut Hatorah respectively. For now, Yahadut Hatorah appears to be closest to signing on to the coalition but one cannot know what will occur until the signature appears on the agreement.