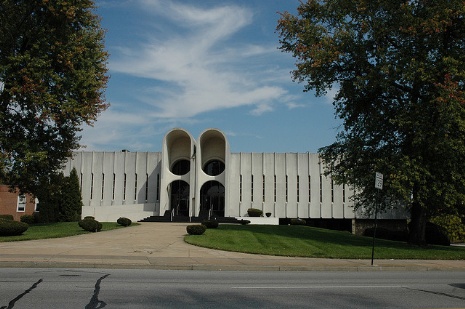 UPDATE: Torah Academy (TA) and Bais Yaakov have also been cancelled due to Police recommendation.

Here is the message from TA:

We have received credible intelligence  from law enforcement officials that there may be a threat in areas that could affect carpool routes. 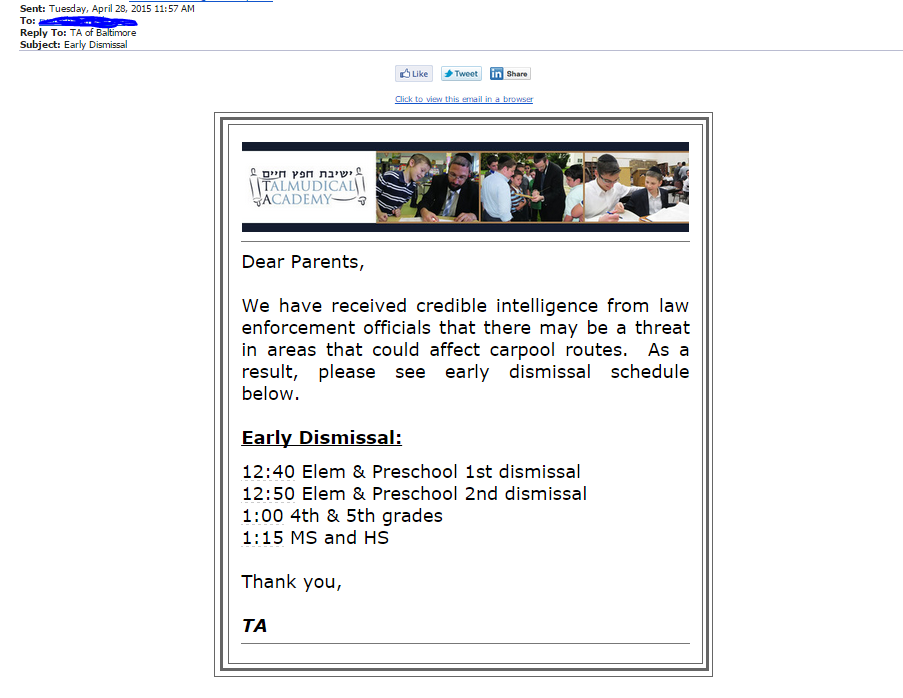 The following text message was sent out from the administration at Cheder Chabad which is located right next to Northern Parkway. A rumor has been going viral on social media that there will be a ‘Purge’ or a another round of violent protests and one of the locations listed as a gathering point was Northern Parkway. Many Jewish institution are also in the vicinity and YWN is closely monetering the scene with on the ground reporters and live updates.

Here is the text that was sent out:

Cheder Chabad: Due to rumored uprising scheduled for this afternoon, Cheder will be closing at 2:00pm today for all classes.

“This is being done as a precautionary move in light of rumors of unrest not far from the school,” said Rabbi Elchonon Lisbon, the Executive director of Cheder Chabad, “we just want to keep our kids safe.”

He added that “the situation is fluid, and we don’t know how this will affect school tomorrow. We are playing it by ear and parents will be notified by text and email.”

Stay with YWN as this is a developing story….