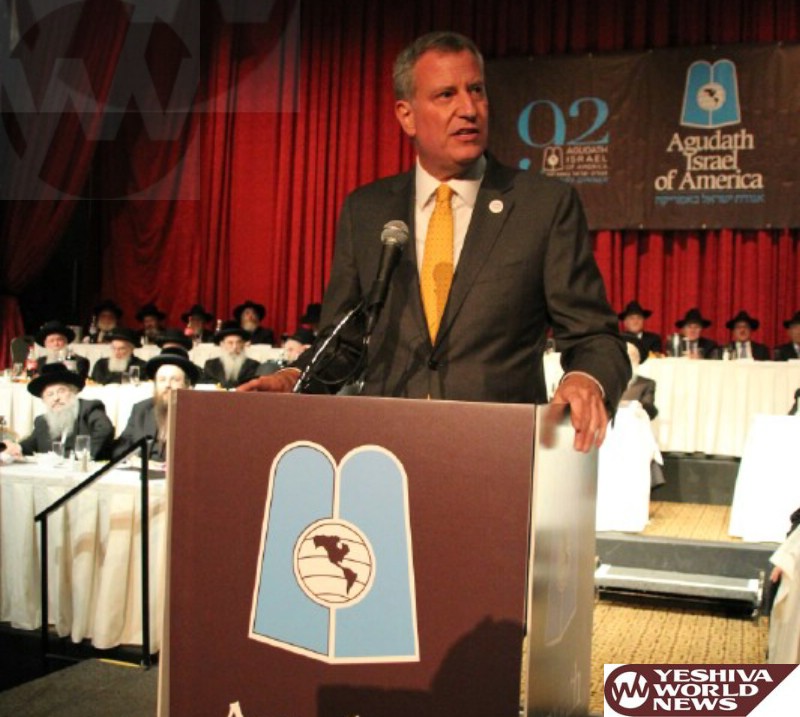 In releasing his executive budget for New York City’s upcoming fiscal year, and including a $12.6 million allocation for Priority 5 after-school vouchers, Mayor Bill de Blasio made good today on his pledge to fund child care vouchers in a way that would be meaningful to needy Orthodox Jewish families.

Agudath Israel of America welcomed the Mayor’s move as “an important development that will make a real difference in the lives of many families in our community.” The Orthodox Jewish organization has been active in promoting child care vouchers since 1990, when Congress enacted the underlying federal legislation and established the voucher program.

Agudath Israel’s executive vice president, Rabbi Chaim Dovid Zwiebel, noted that Mayor de Blasio’s executive budget was structured so as to ensure that Priority 5 voucher funding would be included as a matter of course in future year budgets. “This,” the Agudath Israel leader noted, “offers welcome reassurance that the battles over Priority 5 funding will now be a thing of the past.”

The New York City Council put its clout behind the voucher program, with Speaker Melissa Mark-Viverito including Priority 5 funding in the Council’s response to the Mayor’s original proposed budget, in which such funding had been absent. Agudath Israel thanked the Speaker, along with Councilmembers David Greenfield, Chaim Deutsch, Steve Levin, Mark Levine and other members of the Council’s Jewish Caucus, for their vigorous efforts on this vital initiative.