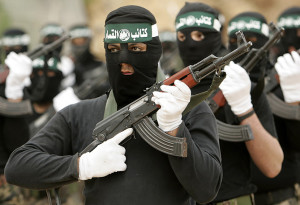 Efforts by Hamas to smuggle equipment into Gaza continue. Today a gag order has been lifted on the arrest of persons involved in a Hamas smuggling operation. Earlier this month diving suits intended for Hamas terrorists in Gaza were intercepted by ISA (Israel Security Agency – Shin Bet) agents.

The shipment that was intercepted was marked sports clothing but a closer look revealed it contained 40 diving outfits, which could be used by terrorists swimming to Israel’s shore. During last summer’s warfare, four terrorist divers arrived on an Israeli shore near Zikim. B’chasdei Hashem the Hamas commando divers were eliminated by IDF soldiers.

Customs agents at the Nitzana Crossing detected the shipment, which they decided warranted a deeper probe. In recent months they have also confiscated prohibited items that can be used to build weaponry including rocket components.