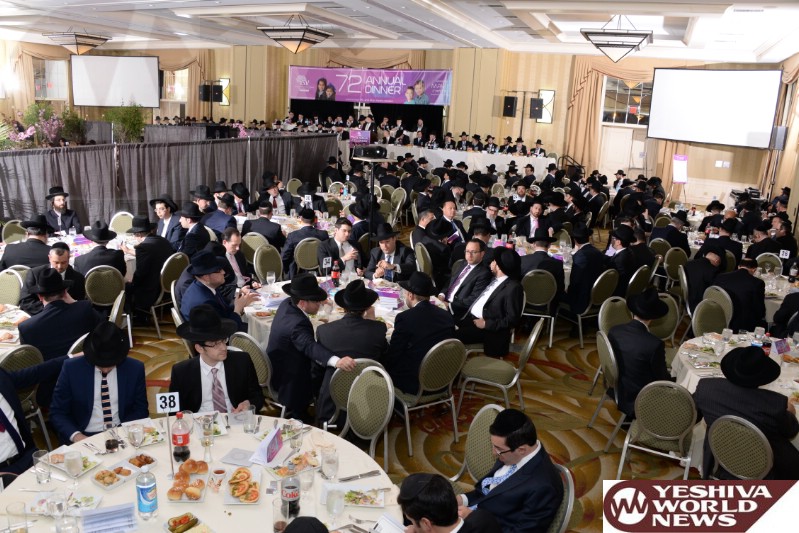 A Wednesday night Yeshiva dinner is not generally synonymous with an enjoyable evening out, yet Yeshiva of Spring Valley’s, 72nd Annual Dinner was exactly that. A capacity crowd, a dais graced with Roshei Yeshivos, Rabbonim and Members of the Yeshiva’s Vaad Hachinuch. A timely and succinct program with delectable food, was further enlivened by a palpable sense of camaraderie and pride of ownership, “This is OUR school and we are proud to be here!” was the unspoken message of the night.

Welcome signs greeted the more than eighty-five new families who joined the Yeshiva this year and vibrant pictures of YSV students lined the hallways as parents, family and friends made their way to the elaborate schmorgasbord, shepping nachas from the smiling faces as they went. Separate slideshows of YSV talmidim and talmidos, stationed at both the men’s and women’s entrances generated smiles and a sense of belonging as parents crowded around hoping to catch a glimpse of their sons and daughters.

Mr. Nachum Rosenberg, the Dinner MC, welcomed the crowd and explained that the goal of the evening is threefold: to raise much needed funds, show appreciation to the incredible individuals who are mechanech our children, and give parents the opportunity to enjoy one another’s company. With his inimitable sense of humor he noted that the noise level gave evidence that the latter was certainly true.

As guests found their seats at the beautifully set tables with exquisite flowers sponsored by the Orzel family and delicious food elegantly prepared by Glauber’s catering, Mr. Rosenberg continued. He thanked Rabbi Frankel and all the principals, the staff, Board of Directors, Rabbi Eliezer Stern, CEO, Rabbi Moshe Metzger, Executive Director, the Gruss Foundation and the YSV Nshei; each an integral part of the daily success of the Yeshiva. 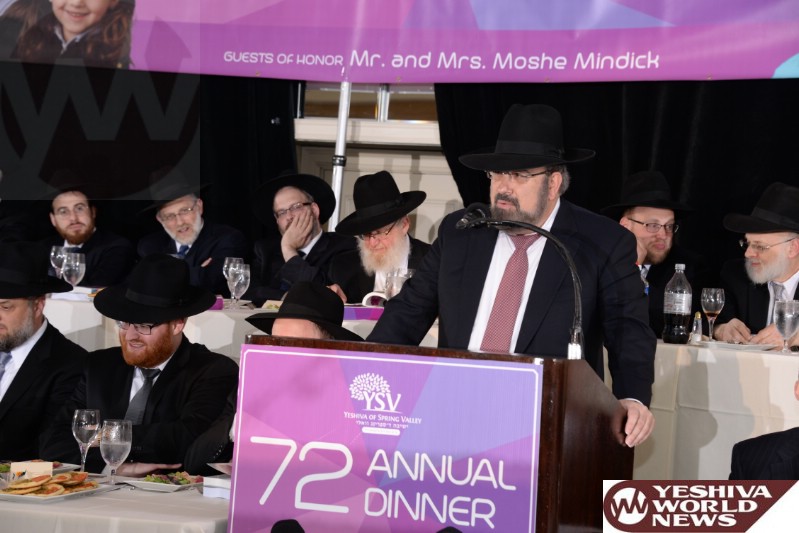 Mr. Sruly Orzel, President, began his brief address by pointing out that reaching a 72nd Annual Dinner is an incredible milestone. He went on to share the state of the union known as Yeshiva of Spring Valley declaring, “I am proud to tell you that our children are receiving the very best chinuch and education. Most importantly our children are happy, and happy children can learn.” He welcomed the almost ninety new families that joined YSV this year giving evidence that Yeshiva of Spring Valley is in high demand; still very much the flagship of the Yeshiva movement in America.

He thanked the Executive Board for their tireless efforts which allow the machinery of such a large institution to stay well oiled and running smoothly; and outlined various enhancements in both the boys and girls buildings including space and curriculum upgrades. 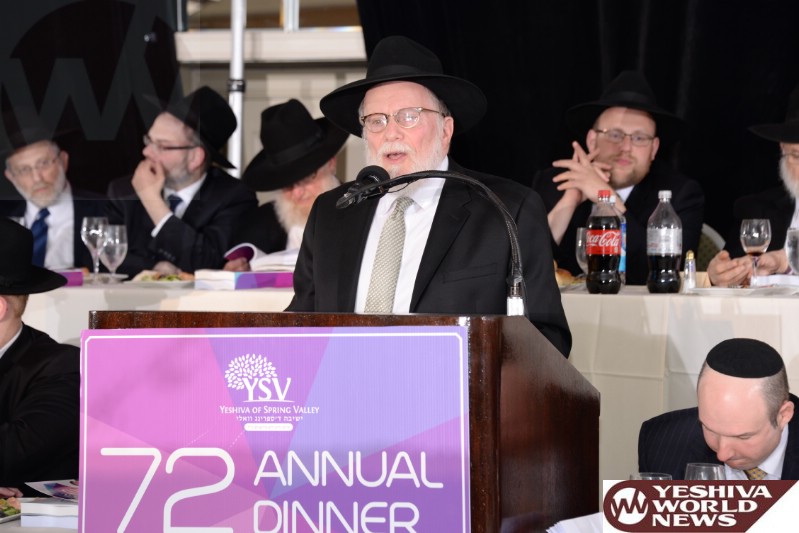 The beloved Dean, Rabbi Yehuda Frankel then took the podium describing the three fundamental branches which constitute a Yeshiva: the staff, students and parents. “We have the best of all three,” Rabbi Frankel proclaimed, “And it is a privilege and a pleasure to come to school every morning and interact with the talmidim, talmidos, teachers and parents.”

Rabbi Frankel referenced the Torah makor for Shavuos which describes the hachana, the preparation, which was required to properly greet the holy day of Matan Torah. He described how many yidden consider preparation for a mitzvah as an integral aspect. Drawing a parallel, Rabbi Frankel acknowledged the tremendous efforts of the faculty stating, “Yeshiva of Spring Valley has the finest and best Rabbeim, Moros and Teachers, who spend so much time preparing to ensure their lessons are highly impactful and engaging.” He thanked the parents for their continued efforts to ensure their children are kept pure and ready to learn and gave a bracha that “we should continue working together to develop children who are ohavei Torah, reaching their full potential.” 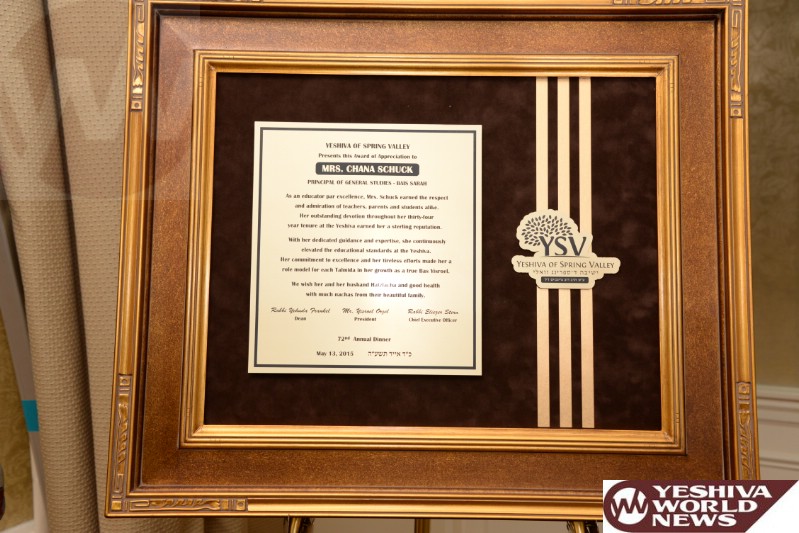 The emotional highlight of the evening came when Rabbi Frankel paid tribute to Mrs. Chana Schuck, who is retiring, for her thirty four years of outstanding dedication to the talmidos of Yeshiva of Spring Valley’s Bais Sarah girls division as the General Studies Principal. “Mrs. Schuck exemplifies the epitome of preparation. For years, I would look out my window from the old boys building across the street to the girls building and see Mrs. Schuck’s light still on and her car in the driveway long after the school day ended.”

Rabbi Frankel commended Mrs. Schuck for her tireless efforts to continuously raise the bar for the students, and said that what she has quietly accomplished for the faculty and girls has left an indelible impression. As the crowd rose in a standing ovation of thanks, Mrs. Sara Levy assistant principal presented Mrs. Schuck with a beautiful plaque commemorating her years with Yeshiva of Spring Valley and wishing her many gezunte years ahead.

The school also showed their hakoras hatov to Mrs. Esther Nitzlich for being an integral part of the staff for many years, rising through the ranks from teacher to assistant Hebrew principal in the upper grades of Bais Sarah. 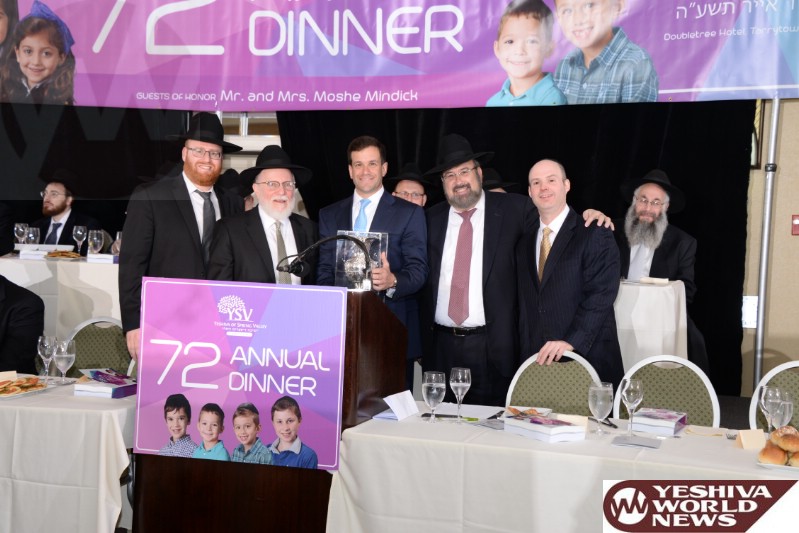 The final address of the evening was a brief yet heartfelt one from Mr. Moshe Mindick, who was the evening’s Guest of Honor along with his wife Devorah. Moshe is a partner and real estate practice leader at Citrin Cooperman and Devorah is a remarkable first grade teacher in YSV. They are involved parents to their adorable children who attend YSV.

The impressively thick journal gave testament to the enhanced fundraising efforts and greater participation of parents and friends; and to the efforts and commitment of the Mindicks on behalf of the Yeshiva as well as the high regard with which Mr. Mindick is held amongst his business associates, friends and family, many of whom joined him for the evening.

“Our affiliation runs the gamut from alumnus, parents, teacher, to Board Member. I remember arriving as a young child from Boston and the warmth with which I was greeted. I wanted that for my children. There is nothing more important than supporting the school that is providing such a stellar chinuch and education for our children and educating them to be the next leaders of klal yisroel.”

The evening ended with the always highly professional and engaging video produced by Studio Seven, in which numerous fathers, many of whom are alumni as well as current parents, expressed their appreciation for YSV and articulated the myriad benefits of a Yeshiva of Spring Valley chinuch and education. The video also showcased the many exceptional aspects of the Yeshiva and the smiling faces of the talmidim and talmidos who are lucky enough to call Yeshiva of Spring Valley home. 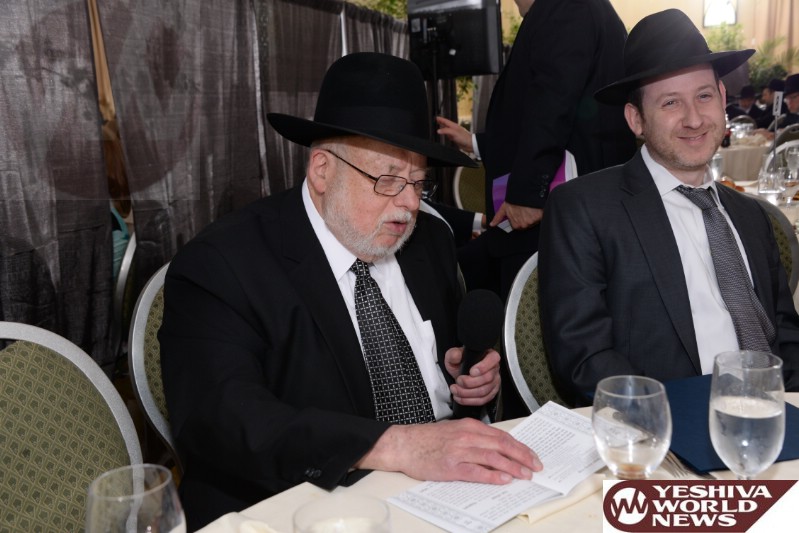 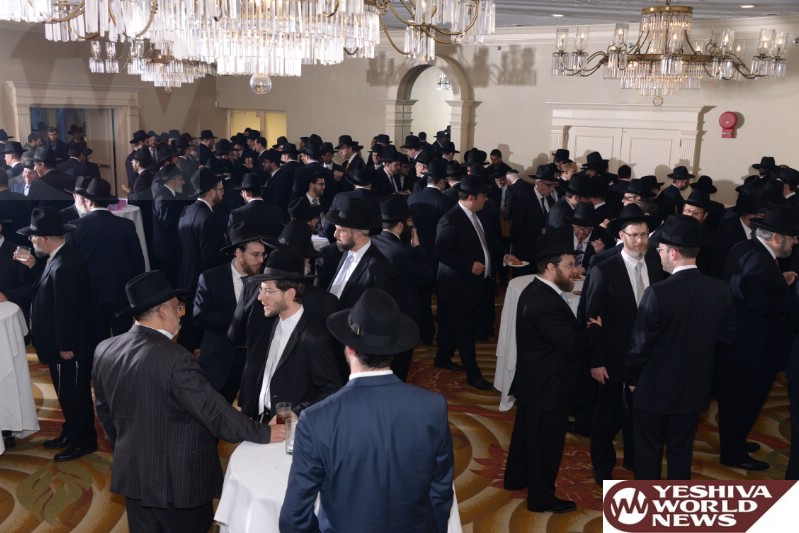