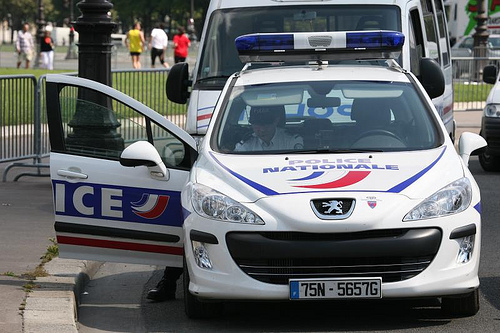 Once again anti-Semitism has struck in France as a 16-year-old male wearing a yarmulke was attacked on his way home from a shul on Friday night 26 Iyar. The latest assault occurred outside Buttes Chaumont Park, the location of previous attacks as well. According to the report, the victim told authorities the four men who approached him appeared to be “N. African”.

The assailants held the victim down while one continued beating him. He sustained a serious eye injury. The attackers made off with his shoes and smashed his phone. It is reported that while he was being beaten a passerby described as N. African as well shouted to “break him” and joined in.

The investigation continues. No arrests have been made.