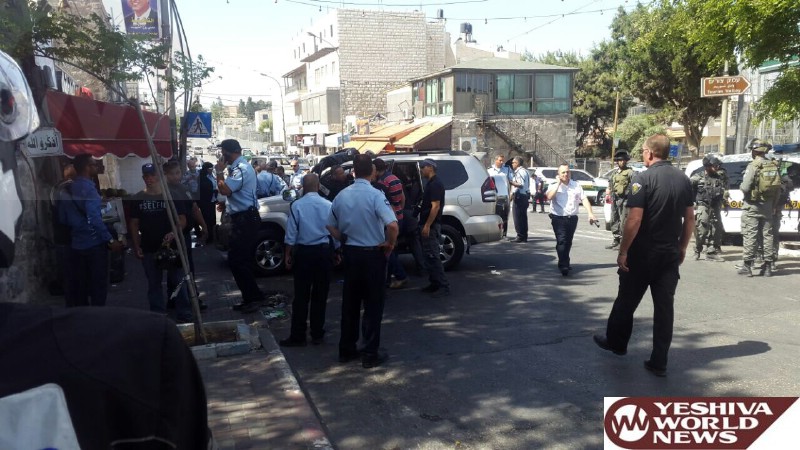 Jerusalem Police Chief Moshe Edri shortly following the Wednesday 2 Sivan vehicular terror attack in the Har HaZeisim area of the capital visited the wounded policepersons who were being treated at Shaare Zedek Medical Center. The two were involved in operational activities when the Arab terrorist intentionally rammed them with his vehicle. The terrorist was shot dead at the scene.

Edri spoke with the officers, praising the police response, which neutralized the terrorist, a 41-year-old resident of the Jabil Mukhaber neighborhood of the capital.

B’chasdei Hashem no one was killed or seriously wounded in the attack.