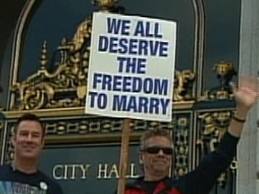 The Supreme Court declared Friday that same-gender couples have a right to marry anywhere in the United States.

Sam-gender couples already could marry in 36 states and the District of Columbia. The court’s 5-4 ruling means the remaining 14 states, in the South and Midwest, will have to stop enforcing their bans on same-gender marriage.

The outcome is the culmination of two decades of Supreme Court litigation over marriage, and “Toeiva  (gay) rights” generally.

Justice Anthony Kennedy wrote the majority opinion, just as he did in the court’s previous three major gay rights cases dating back to 1996. It came on the anniversary of two of those earlier decisions.

The stories of the people asking for the right to marry “reveal that they seek not to denigrate marriage but rather to live their lives, or honor their spouses’ memory, joined by its bond,” Kennedy said.

The four dissenting justices each filed a separate opinion explaining their views, but they agreed that states and their voters should have been left with the power to decide who can marry.

Justice Antonin Scalia said he is not concerned so much about same-gender marriage, but about “this court’s threat to American democracy.” Justices Samuel Alito and Clarence Thomas also dissented.

President Barack Obama welcomed the decision via Twitter, calling it “a big step in our march toward equality.”

The ruling will not take effect immediately because the court gives the losing side roughly three weeks to ask for reconsideration. But some state officials and county clerks might decide there is little risk in issuing marriage licenses to same-gender couples.