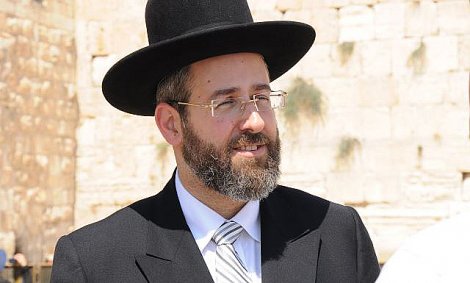 Chief Rabbi Dovid Lau Shlita has been working to reduce the price of imported meats. Rav Lau explains that at present, the shechita team that travels abroad is hired and paid for by the meat importer. The latter generally prefers to hire “badatz” teams for if imported meat bears a hashgacha from a recognized badatz, the importer’s potential market is larger. However explains Rav Lau, because of the stringencies of the badatz hashgachos, much of the meat that is kosher is rejected. Hence he is working to impose a new regulation, that members of the Chief Rabbinate team will accompany badatz teams abroad and meat rejected by a badatz team will be inspected to determine if it complies with the standard for regular kosher. Rav Lau explains that according to the information made available to the Chief Rabbinate Council, 30%-50% of badatz shechita is rejected and much of this would be okay for non-badatz hashgacha. This would result in a sharp increase in the amount of imported kosher meat without having to increase shechita, resulting in a lowering of the cost per kilogram.

However importers see a different picture. For starters they would have to absorb the costs of the Chie Rabbinate team and this would increase their overhead. The importers also feel one would have a most difficult time finding a Chief Rabbinate team willing to certify meat that has already been rejected by one badatz or another.

YWN-ISRAEL points out that this is what is done in the poultry shechita operation in Israel. Chickens are often discarded due to a question. The time factor involved in determining if the chicken is up to badatz standards is not justified hence these chickens are pushed aside and then local rabbinate mashgichim will determine if such chickens are certified by as Rabbanut kosher or sent to the non-Jewish marketplace as treif.

The Chief Rabbinate wishes to send two additional persons along with the badatz team to determine if cows that were rejected by a badatz are indeed suited for regular kashrus certification.