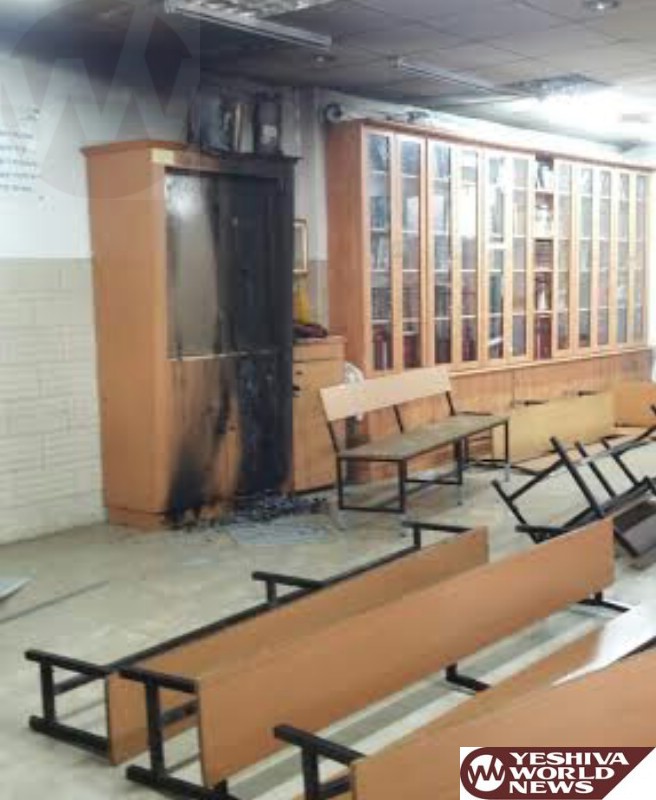 When mispallalim of the Beis Chabad in Shikun Hey in Bnei Brak arrived for Tisha B’Av morning tefilos, they were shocked to see the shul had been vandalized.

The gabbai saw a youth known to the mispallalim hanging out in the area. He phoned police who were able to detain the suspect. The man, in his 40s, was arraigned in the Tel Aviv Magistrate Court as it is believe he is responsible for the damage to the shul.

President Reuven Rivlin lamented the fact that such an act could occur on the day we mourning the destruction of the Beis Hamikdash. He added “Acts of terrorism committed on Tisha B’Av must be unequivocally condemned”.