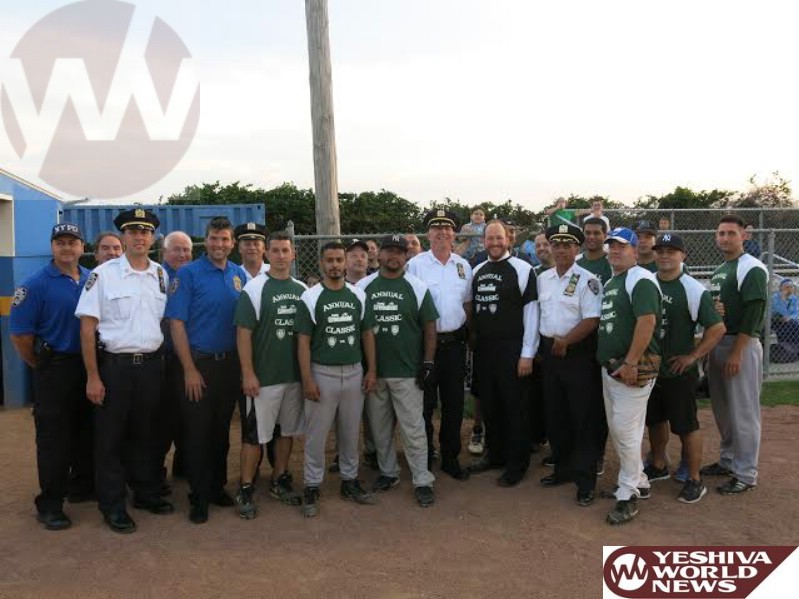 Brooklyn–Tuesday night, the Borough Park Shomrim faced off against the NYPD’s 66 Precinct at the sixth annual Greenfield Classic softball game. In an exciting game, the Borough Park Shomrim opened a wide lead early on, ultimately winning against the NYPD 25 to 5. The series is now tied, as both teams have three wins each in year six of this annual Brooklyn tradition.

Hundreds of people came out to watch as Councilman Greenfield hosted this friendly end-of-summer event to say thanks to those who work so hard to keep the community safe. The game took place at the beautiful St. A’s sports complex on 20th Avenue between 53rd and 54th Street. NYPD’s highest ranking uniformed officer, Chief of Department James O’Neill, threw out the first pitch. Thanks to Klein’s Ice Cream and Greenfield, there were free ices and snacks for the many onlookers who came out to support the community.

“Everyone had a great time at this year’s Greenfield Classic. I started this event six years ago to recognize the hard work that our local heroes do to protect us and the unique cooperation between the NYPD and the Shomrim. Here in Brooklyn we love the NYPD and we are grateful to our Shomrim volunteers. Congratulations to the Borough Park Shomrim for tying up the series. I can’t wait until next year’s game to see who pulls ahead,” said Councilman Greenfield.

“We are grateful for the service of the Shomrim patrol. Its volunteers have a terrific working relationship with the NYPD, and events like this softball game highlight that bond,” said NYPD Chief of Department James P. O’Neill. “Crime is down by nearly two percent in Borough Park so far this year over last year, and has plummeted nearly 80 percent since Police Commissioner William Bratton first led the NYPD in the early 1990s.”

“Nobody likes a loss, but it was nice spending time with our community partners,” said Captain Kenneth Quick of the 66 Precinct.

Greenfield started this tradition during his first year as Councilman in 2010. Last year, NYPD won against the Shomrim 10 to 7. The Shomrim now get to keep the beautiful Greenfield Classic trophy throughout the year to remind them of their victory. 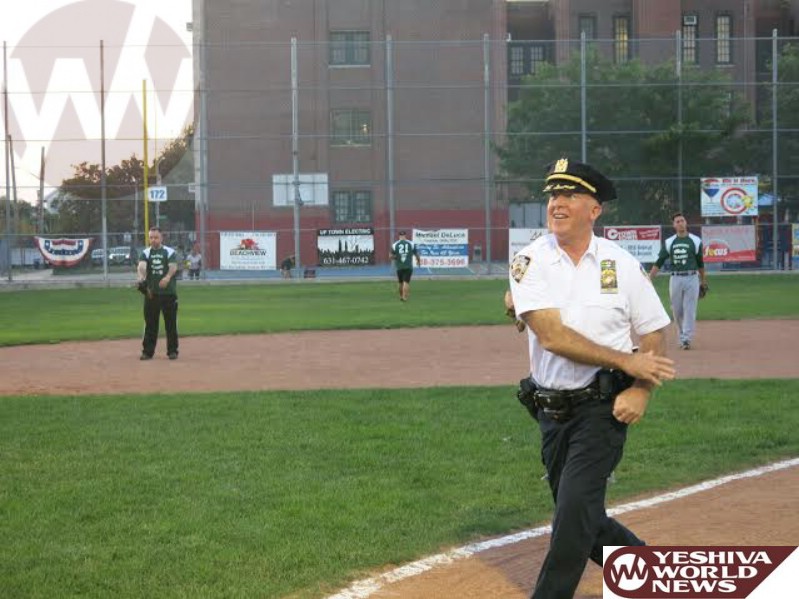 Iowa’s Grassley To Skip GOP Convention Due To Virus Concerns