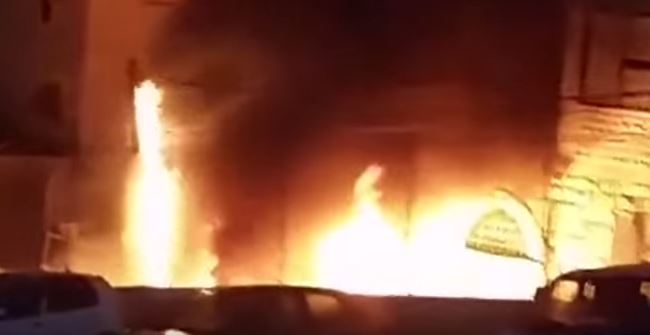 Arab violence in Yerushalayim continues as a border police was lightly injured in a firebomb attack in the A-Tor area of the capital on Wednesday evening 11 Elul. B’chasdei Hashem no one was killed or seriously injured as the border police SUV targeted in the attack was engulfed in flames. http://tinyurl.com/ofxf4f8 The personnel in the vehicle succeeded in getting out before it was too late. As the fire department responded to the scene, firefighters were pelted with stones and other objects thrown by Arab youths. B”H once again there were no reports of serious injuries.

It is pointed out the firebomb attack took place on the main street in the neighborhood, more or less the same place where two vehicular terror attacks targeting policemen occurred.

Earlier in the evening a border policeman was injured, once again lightly, in a stabbing attack at the Shar Shechem entrance to Jerusalem’s Old City.