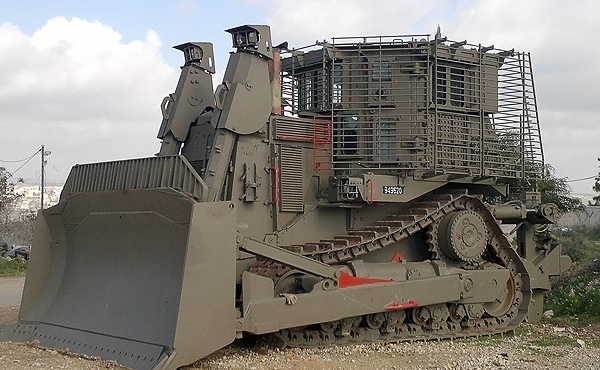 IDF and police forces on Thursday, 12 Elul, destroyed a shul and a number of buildings in the Maoz Esther and Geulat Tzion outposts located in the Binyamin Regional Council district of Shomron. The Civil Administration inspectors were backed by military and police troops, who came under attack as residents pelted them with stones. Two homes and the building used as a shul were removed.

The residents also set tires ablaze and tried blocking government agents. Three arrests were made, all minor whom are being represented by attorneys from Honenu. The detainees will be charged with violating a ‘closed military zone’ as the family living in Geulat Tzion were recently served with eviction orders. The IDF declared the outpost a ‘closed military zone’ and the presence of the youths is therefore illegal.