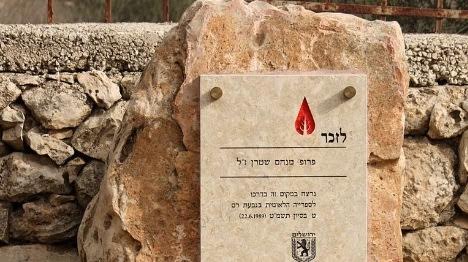 The terrorist who perpetrated the stabbing attack at Shar Shechem on Wednesday, 11 Elul, at the Shar Shechem entrance to Jerusalem’s Old City, murdered a Jew 26 years ago. The terrorist attacked two border policemen with an axe and B’chasdei Hashem if flew out of his hands and he only managed to injure one of them lightly with a knife.

Twenty-six years ago, on 9 Sivan 5749, 56-year-old PA (Palestinian Authority) Hebron resident Muhmad Ata Meumar murdered Prof. Menachem Stern HY”D in the Valley of the Cross in Yerushalayim. Stern was making his way to the Hebrew University Givat Ram campus as he did daily. On that Thursday two Arabs jumped him and stabbed him to death. His lifeless body was found by a student passing by later. The career terrorist, Meumar, was among the many who were released by the previous administration in a ‘good-will’ gesture to PA (Palestinian Authority) leader Abu Mazen.

Meumar was apprehended along with his accomplice three years after the murderous attack. They were sentenced to life in prison but the previous Likud, Bayit Yehudi, Yesh Atid coalition felt it appropriate to release him and others since he served so many years in prison. In a government move seeking to justify and legitimize the release of these heinous individuals, these career terrorists are compelled to sign an affidavit declaring they will not return to terrorism following their release. One must question the sanity of such a move based on the high percentage of released terrorists who return to their profession, murdering Jews. 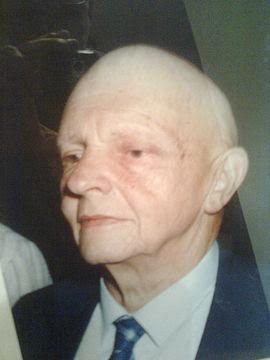 Professor Stern was a recipient of the Israel Prize in History and was a researcher into the period of Bayis Sheni. He was also an active member of t he Israeli National Academy of Science and president of the Israel Historic Company and a founder of the Zalman Shazar Center. He was 64-year-old at the time of his murder and he was survived by his wife and three daughters.

It is pointed out that in the previous administration, the right-wing Likud and Bayit Yehudi parties permitted the release of so many terrorists. Actually, Bayit Yehudi leader, then Minister of the Economy Naftali Bennett faced a decision, to accept a building freeze in Yehuda and Shomron or the release of terrorists. He opted for the latter, to release the murderers. Ultimately, the construction in Yehuda and Shomron was frozen by PM Netanyahu and the murderers were released.