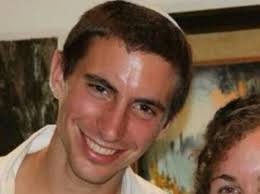 According to a report aired on Al-Jazeera, Hamas accuses Israeli and IDF officials of lying pertaining to the southern Gaza battle in Operation Protective Edge during the summer of 2014. The report addresses the battle in which Lt. Hadar Goldin HY”D was killed and his body snatched by terrorists who escaped in a tunnel.

According to Hamas claims, the terrorists that fired on the Givati soldiers were dressed in IDF units and immediately following the incident, IDF soldiers thought they had recovered Goldin’s body but in fact, they had the body of one of the dead terrorists dressed in IDF uniforms. This Hamas explains was part of the confusion that occurred in that battle.

The battle in question occurred on August 1, 2014. Goldin was killed in the battle along with Major Benaya Sarel HY”D and Sgt. Liel Gidoni HY”D. Hamas reports that one of its fighters who participated in the battle, Abu Walid, explained the exchange of gunfire with IDF forces began at 7:30 AM and continues for only five minutes. If this was the case, the battle ended prior to the start of the humanitarian ceasefire that began at 8:00 AM.

The Hamas version of events does not jibe with the IDF version, which stated the shootout only began at 9:00 AM. Hamas however explains the discrepancy, citing that it took the IDF two hours to realize the body of the ‘soldier’ was not Goldin as was first believed.

The Israeli version is verified by the fact that Major Sarel spoke with his mother at 8:15 AM that morning.

Al-Jazeera also quoted the director of al-Najir Hospital, who stated IDF intelligence officials called him three times during the day seeking to probe if Goldin was in the hospital. MR. Abu Youssef al-Najjar responded the soldier was not a patient, adding the IDF also threated to bomb the hospital.

Kol Chai Radio on erev Shabbos 13 Elul quoted the parents of Lt. Goldin, who decried the audacity of the report and the Hamas propaganda. The fallen officer’s parents added that they rely solely on the IDF and Israeli officials pertaining to their son and the events that occurred in Gaza on that day.