Advocates of the nuclear deal with Iran have argued that rejecting it will result in war, a nuclear Iran and even a nose-diving dollar. Most important, even while acknowledging the fundamental flaws in the agreement, supporters lament that there is no alternative.

In fact, none of the catastrophic predictions is accurate —and there is a better way.

There is sufficient time to renegotiate a better deal, strong incentives for the Iranians and the Europeans to do so, and clear precedents for arms control agreements being sent back by Congress and improved.
While a Congressional vote of disapproval would keep most sanctions in place, under the agreement as currently written, they would not be waived for six to twelve months in any event—giving all concerned ample time to continue negotiations.

With a solid agreement so tantalizingly close, there are also strong incentives for everyone to return to the process.

Those incentives derive, in part, from the sanctions architecture President Obama helped devise. If Congress rejects the current agreement, banks worldwide will face a simple choice—do business in dollars and with America, or do business with Iran. They will not be able to do both.

True, some of our allies will not be happy and neither will the Iranians. They may even refuse negations for some weeks or months.

However, with sanctions still in place for 6-12 months anyway, regardless of the action Congress takes, there is time to make it clear the loopholes must be closed and force the parties back to the table.

If Iran is unwilling to shutter the current loopholes, its intention to abide by this agreement and renounce nuclear weapons must be called into serious question.

Already we’re seeing just how large the holes in the current agreement are.

Former weapons inspector David Albright of the Institute for Science and International Security, and our intelligence community have reported that Iran is right now working to conceal evidence of nuclear weapons work at its Parchin military site.

Iran says it is road construction.

Parchin, we are told, will never be open to in-person inspection. But how can we resolve the issue for certain without inspectors on the ground? We can’t.

And weapons’ inspectors agree that giving Iran at least 24 days notice to clean up sites that are open for inspection enables them to cheat in a variety of important ways.

If Iran is cheating, what do we do about it?

To raise the question is to expose another serious flaw in the agreement. There is only one penalty for any infraction large or small—abrogate the agreement in its entirety.

So, every time a new violation is evident the question becomes, “Is it worth cancelling the agreement over this?”

And by that time the president will be right—there will be no renegotiation a year or two or three into the agreement. Then, a future president will face the stark choice this one expresses concern about, “Does this particular infraction, this violation of the agreement, warrant war?”

So this agreement actually gives Iran both the ability and the incentive to cheat.

Even if the Iranians abide by the agreement however, the administration says they will be just one year away from a nuclear weapon and in 10-15 years, their breakout time will be measured in weeks.

Since the agreement allows Iran to continue developing intercontinental ballistic missiles, that is just too close for comfort—especially when Iran’s constitutionally designated “Supreme Leader” was not only chanting “Death to America” after the agreement was announced, but went on to call those words a “major orientation of the Iranian nation.”

In addition to the urgent need for renegotiation, the time available to do it, and the incentive to make it happen, there is also ample precedent.

Congress has insisted on improvements to over 200 agreements negotiated by the executive branch—which it then, despite dire predictions of doom, nonetheless renegotiated to achieve better deals.

For example, in the 1970s, the Senate failed to approve two major arms control agreements with the Soviet Union, instead, demanding more from the Soviets. Despite that administration’s protests that doing so was impossible, the executive branch resumed negotiations and won a better deal.

America needs a better deal with Iran, and we have the tools and the time to get one. 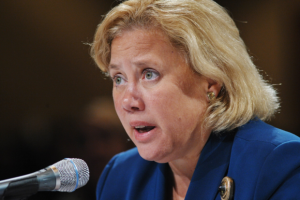