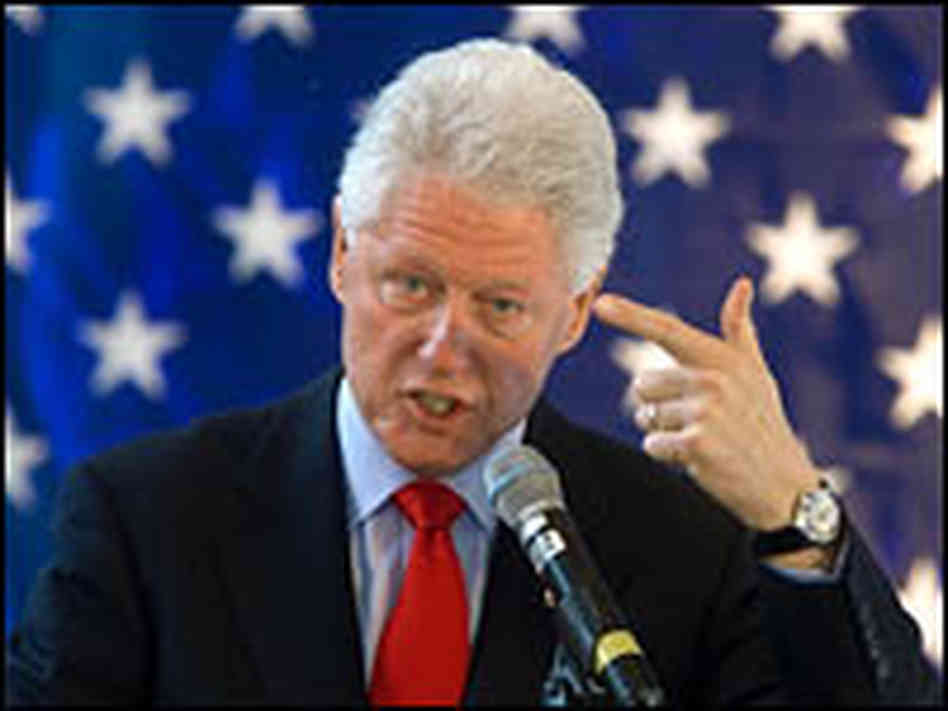 Former President Bill Clinton blamed Republicans and the media for the controversy surrounding his wife’s use of a private email server as secretary of state, arguing that GOP rivals want to focus on political hype to undercut her presidential campaign.

“I have never seen so much expended on so little,” Clinton said in an interview to be aired Sunday, describing the email furor as resulting largely from the GOP’s “full-scale frontal assault” on Democrat Hillary Rodham Clinton. Excerpts of the interview on “CNN’s Fareed Zakaria GPS” were released on Saturday.

“The other party doesn’t want to run against her. And if they do, they’d like her as mangled up as possible,” Clinton said.

Republicans have raised questions about thousands of emails that she has deleted on grounds that they were private in nature, as well as other messages that have surfaced independently of Hillary Clinton and the State Department.

Bill Clinton likened the email controversy to questions over the Whitewater land deal that he faced during his 1992 presidential campaign. Saying the furor was more politics than substance, Clinton argued that his wife has been open in answering questions and will bounce back from a decline in the polls.

“She said she was sorry that her personal email caused all this confusion. And she’d like to give the election back to the American people. And I trust the people. I think it will be all right,” he said.

Clinton added that the news media also played an inappropriate role in his wife’s troubles.

“You know, at the beginning of the year, she was the most admired person in public life,” he said. “What happened? The presidential campaign happened. And the nature of the coverage shifted from issue-based to political.”

Clinton taped the interview on Thursday. On Friday, the Obama administration discovered a chain of emails that Hillary Rodham Clinton failed to turn over when she provided what she said was the full record of her work-related correspondence as secretary of state, officials told The Associated Press. Their existence challenges her claim that she has handed over the entirety of her work emails from the account.