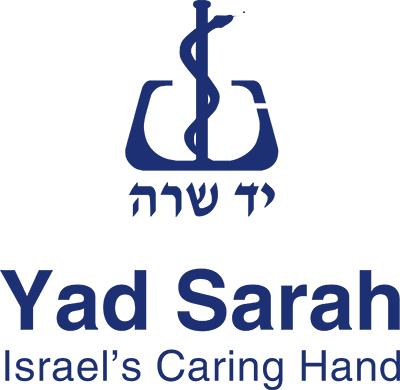 Teams of the Yad Sarah organization have been working to establish phone contact with elderly residents who are left without power due to the winter storm. Calls are being made to hundreds of registered Yad Sarah families in light of the storm, some without power since Sunday evening 12 Cheshvan.

Israel Electric Company officials on Sunday evening announced 38.000 people were still without electric despite promises to all of the 200,000 subscribers without electric on Sunday night that power would be restored by noon Monday, 13 Cheshvan.

Mrs. Shirin Malul, who heads the Yad Sarah dispatcher team, they have been receiving notification from the system in homes of subscribers notifying their batteries are about to go dead. Dispatcher call in an effort to lift the spirits of the elderly and to allay their fears until the electric company restores power. In many cases volunteers are conducting home visits as in some cases, oxygen tanks and other adjuncts are connected to electricity and the power outage results in a medical alert in those homes.

Tens of thousands of elderly Israelis are connected to the Yad Sarah system, a system that offers these services free of charge.