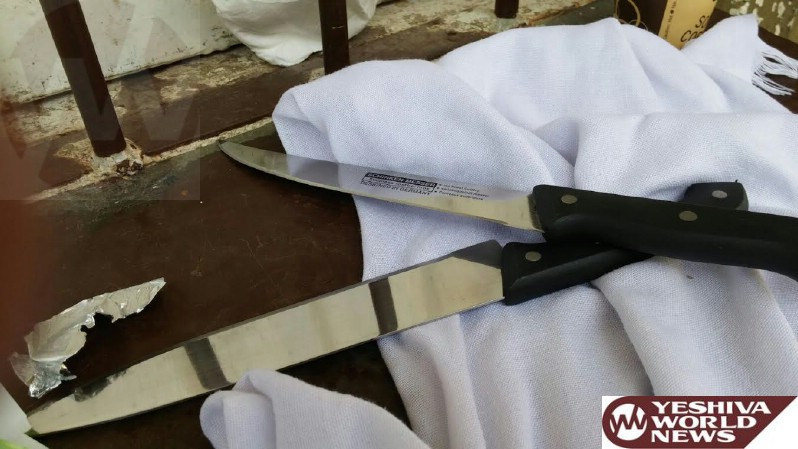 According to a border police spokesman, two Arab women on Tuesday morning 14 Cheshvan approached the Tzalbanit inspection post near the Me’oras HaMachpelah. Border police were suspicious of their behavior and it was then the two shouted “Ala Akbar” and “Free Palestine”.

B’chasdei Hashem border police succeeded in restraining the two without injury. When check it was learned the two were carrying knives intended for a terror attack. The suspects in custody are 17 and 19-year-old residents of Abu Dis.

Border Police Company Commander Kfir HaKohen praised the alertness and actions of his troops, which prevented another attack.

The photos shows the knives the two were carrying and police taking them into custody. 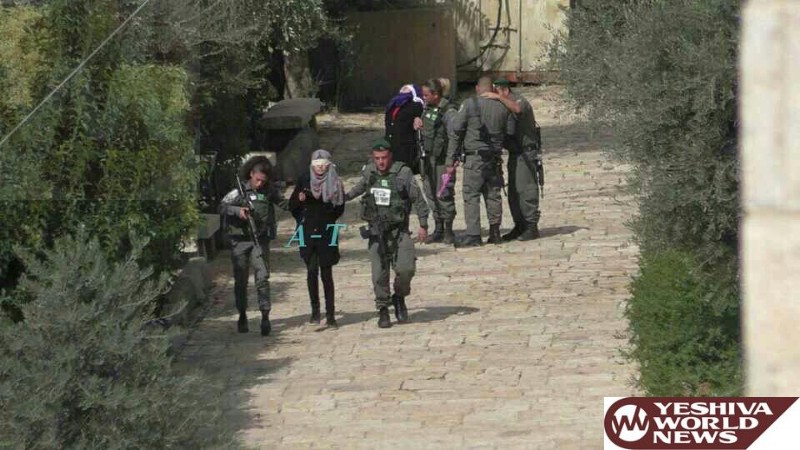