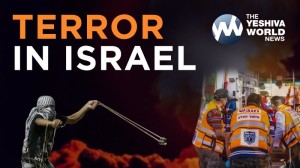 08:09: Emergency responders are enroute to a reported stabbing attack in Hebron.

08:12: A soldier was lightly wounded in his head in the attack. The attack occurred near “Ikul 160” in Hebron. The terrorist has been neutralized.

08:27: MDA spokesman Zaki Heller: The call for the stabbing attack came in at 8:08AM reporting a stabbing attack on the road between Hebron and Kiryat Arba (Ikul 160). EMS personnel operating on the scene.

08:41: A police spokesman reports the terrorist is critically wounded, not dead.