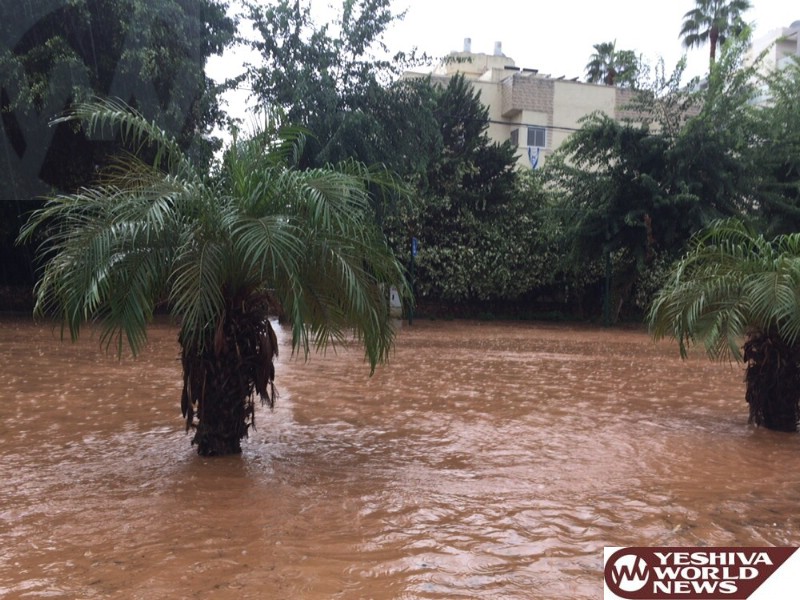 While the rainfall in Yerushalayim has been less the expected, some cities and municipalities are under water, including major cities in the Sharon region.

In the Shomron, the roof of the beis medrash of the yeshiva in Maale Ephraim gave way on Wednesday night 15 Cheshvan following days of heavy rainfall. Talmidim worked for hours to secure the building and remove water that accumulated. B’chasdei Hashem no injuries were reported.

It is explained the building does not have an authorized drainage system, and it appears too much water accumulated and the weight led to the destruction of the roof. It took minutes for the rooms to begin filling with water under the heavy rainfall.

Some 15,000 homes were without power on Wednesday evening and roads were blocked due to flooding in a number of cities including Herzliya, Ra’anana and Ramat HaSharon. Israel Electric Company officials on Thursday morning report they continue operating in emergency mode as technicians work around-the-clock to restore power.

Police closed a number of roads in the Aravah and southern areas due to flash flooding. Road closures in some areas continue on Thursday morning.

The video shows rainfall in Ashdod at 10:15AM Thursday morning.

The video shows the rainfall in the Jordan Valley area on Thursday shortly after noon.