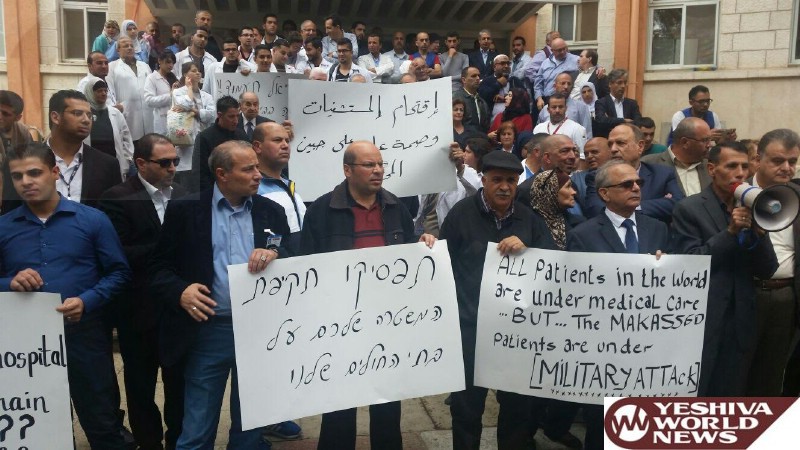 Police raided the Mukassed Hospital in the eastern capital for the third time in recent weeks amid intelligence information the hospital is being used as a safe haven for wanted terrorists. This is a common practice, as is the case during IDF operations against Hamas in Gaza, when the Hamas leadership moves to underground bunkers in Shefa Hospital, well-aware Israel will not bomb a hospital.

Israel Police officials’ accuse the hospital of “crossing a red line” for permitting terrorists to seek cover in a hospital. Masked Yassam commandos have raided the hospital three times in the past month in their effort to apprehend wanted terrorists. Police are concerned that the hospital has now joined the list of problematic buildings as Mukassed officials seem okay with housing terrorists to keep them from being apprehended by Israeli security authorities.

Mukassed, which is located in Jerusalem, serves the eastern Jerusalem Arab community as well as patients from PA (Palestinian Authority) autonomous areas. The employees are Israeli Arabs.

Hospital officials however are not becoming defensive, rather expressing harsh criticism against Israel Police for abusing its authority and compromising patient care and interfering with hospital employees.

Hospital employees report police confiscated documents in a raid this week as well as a computer in connection to an investigation against a 16-year-old male who was shot by border police in Ras el-Amud after hurling a firebomb at police. Despite repeated requests to the hospital for documentation the hospital remained uncooperative.