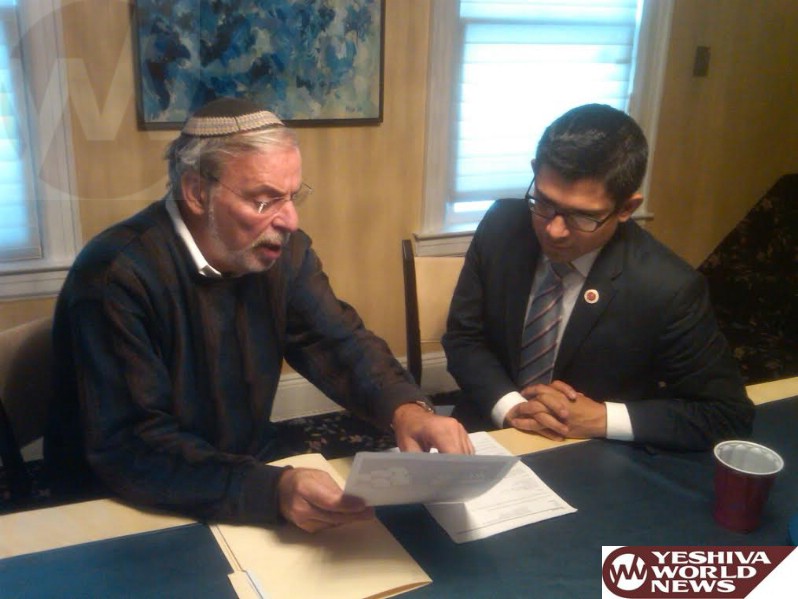 Hikind said, “In a meeting at my house today, I explained to Councilman Menchaca at how upset people were about his seeming support for Sarsour’s anti-Israel posts. Carlos made it very clear to me that he was misunderstood and had no intention of advocating for any kind of violence.”

“I recently stood up in support of the Arab American Association of New York and its leader, Linda Sarsour. I was misunderstood. Let me be clear. I do not support rock-throwing or any act of violence or speech that incites hate of any people,” stated Menchaca.

Sarsour sent out a series of controversial tweets about events in Israel, including posting a photo on October 11 of a Palestinian boy holding rocks in front of Israeli forces, commenting, “The definition of courage. #Palestine.” When Councilman Rory Lancman (D-Queens) replied with a tweet stating, “No, the definition of barbarism,” Sarsour responded, “The Zionist trolls are out to play. Bring it. You will never silence me.” On his Facebook page and on his Twitter account, Menchaca shared Sarsour’s statement defending her tweets and commented, “#IstandWithLINDA Estoy Contino, mi hermana!” which translates into “I’m with you, my sister!,” accompanied by the hashtags “#IstandWithLINDA.”

In response to the meeting and Menchaca’s statement, Councilman Rory Lancman said, “The progressive tent is a big one, but there can never be room for the vilification of Israel or for terrorism’s apologists, and I welcome Councilman Menchaca’s denunciation of both. The war against Israel and the Jewish people is not welcome in progressive politics.”

After today’s meeting, Hikind said, “I just returned from Israel where I saw first-hand how terrorists use rocks and knives to maim and kill innocent civilians. There is no excuse for supporting this violence and it should be denounced by the entire civilized world. Councilman Menchaca is a friend of our community and I consider him a personal friend. After discussing this matter today and clearing the air, we want to put this controversy behind us.”