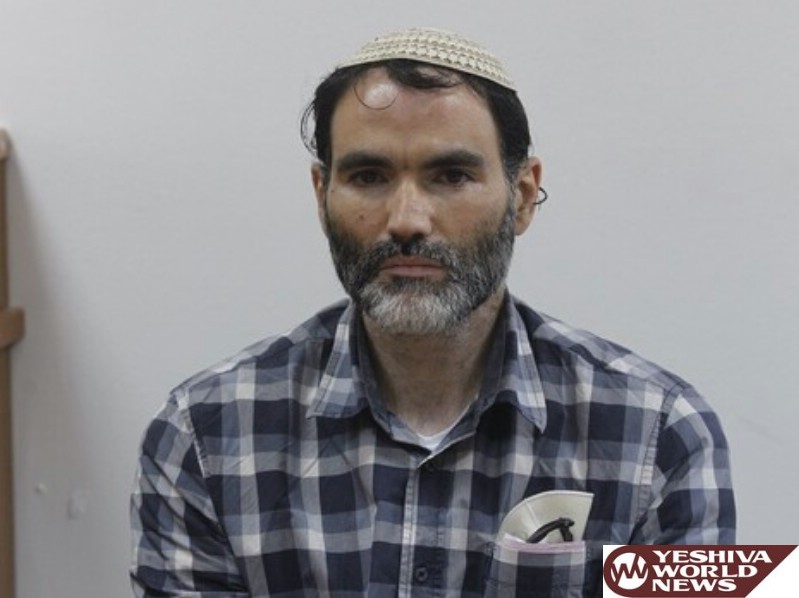 Chaim Biton, the driver of the Egged 402 bus that crashed on Sunday, 5 Adar I killing six people and leaving over 20 injured, has been released from jail to house arrest for 21 days.

Biton’s remand was extended for three days following the accident and on Wednesday, 8 Adar I, he appeared in the Jerusalem Traffic Court again and he was sent to 21-days house arrest after police agreed. Police are hoping to complete the investigation and file an indictment before the house arrest ends. Among the charges that Biton will face are causing death by negligence and obstructing justice for tampering with the buses’ tachograph after the investigation.

According to statements made by Chief of Traffic Enforcement Deputy Commissioner Yaron Be’eri, following the accident, Biton “took care of” the tachograph to interfere with the investigation. He added “at the same time the bodies were laying on the road the driver did a few things to the tachograph that we are still analyzing. The driver’s actions, going onto the shoulder, are not viewed as regular behavior”.

Be’eri explains the truck was traveling from east to west (Jerusalem to Tel Aviv) and got stuck a bit after Latrun, moving to the shoulder because of an oil leak. The 402 bus driven by Biton came down the road and fortunately, it was not full. Some of the passengers sat on the left side of the bus fortunately, fortunately. Due to yet undetermined reasons involving human intervention, the bus veered to the right far before it struck the parked truck. It was actually driving on the shoulder. The right wall of the bus was scraped by the left side of the truck. I must admit the site appeared a lot more like a terror site than a vehicular accident”.

Be’eri was asked to relate to reports of the driver being distracted. He responded “We are all distracted when we drive at one time or another. We are all involved in our phones. People are busy with their smartphones. These smartphones kill them. We see dead people with phones in their hands all the time. We see they were distracted by their cellular phones”.

Egged Secretary Erez Elchanan, who took part in the discussion, commented on the accident. He directed his comments to criticism that despite the fact Biton was involved in a serious accident in the past, he was permitted to continue driving. “We are deeply saddened by the accident and its outcome and wish a speedy and total recovery to all the victims. This is without a doubt. A person comes to Egged with a driver’s license for a bus and yet he is not permitted to drive until he is tested in our driver training school. He is only permitted to driver after we certify him. He is compelled to participate in the new driver course, which includes providing him with the tools to cope with the fears of operating a large public vehicle”.

MK Eitan Cabel, who chaired the meeting asked about drivers who are taken off the road and returned, as was the case here. It was explained to Cabel by Elchanan that each driver has a safety record. There is a safety committee that meets to address drivers with violations and complaints. Drivers who had accidents are investigated. We try to explain his errors to such a driver and those who return to the wheel first pass through the driver training school again.

Elchanan was also asked to comment on statements from Egged officials following the accident that if more qualified candidates for driving were available, there would be higher caliber drivers. He explained that once upon a time there were two cooperatives and there were more drivers, better conditions and higher pay. But today, this is the reality that exists. He explained the field is very competitive and it is very difficult to get drivers, adding “I say this cautiously”.