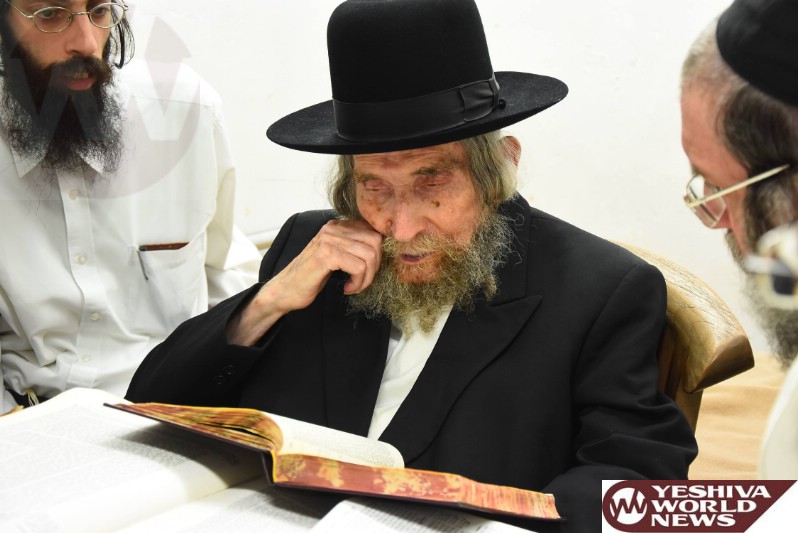 A NUMBER OF JEWISH newspapers now have a Shidduchim or Dating Column that are both well received and provide good advice. But wouldn’t it be an incredible thing if some of these Shidduch questions or other such questions were posed to the greatest of our Torah leaders? Who would not want to hear what they have to say on the pertinent issues of Shidduchim? The Mashiv Nefesh organization in Bnei Brak did just that. Each of the answers that appeared in the book were vetted for accuracy and reliability. The answers are literally “hot-off the press” as they were published just this past Nissan in a sefer called, “MeAchorei HaPargud.” The questions were edited, however, for greater clarity.

Q: Often there is a need to compromise in what we are looking for in a Shidduch. What is the best area in which we should compromise?

A: “It is best to compromise on the notion of ‘What will people say.’” Rav Shteinman

Q: What is the most common reason why people give a negative response to a proposed Shidduch?

A: “Gaavah – haughtiness or the pursuit of honor. Once a young man kept on responding no to almost any Shidduch. The Chazon Ish decided to suggest to him another young lady who had some serious and numerous issues. When the Shadchan responded that he would be embarrassed in presenting it, the Chazon Ish said to tell him that the suggestion came from him. Sure enough the young man shortly got engaged to a regular normal young woman. The Chazon Ish felt that the source of the young man’s negativity stemmed from Gaavah.” Rav Kanievsky

Q: What advice can you give a couple getting married?

A: Generally when people marry, each one thinks that it is upon them to educate their spouse. This is one of the fundamental causes of marital discord. Each of them must understand that it is not possible to educate the other. Only then will there be a chance for a basis of marital harmony. Rav Shteinman

Q: If a better Shidduch prospect comes along is it alright to cancel a date with someone else?

A: Absolutely not. There was such a case and the bochur cancelled the date with the first girl. Then the Shadchan called him later and told him that the second date cancelled for him. Just as you do, so will happen to you. There was another case where someone wanted to take revenge on a bochur and pretended to set him up on a date. The boy showed up at the girl’s home. The girl’s father asked him what he was doing there. He responded that he was there for the date. The father said that no such date was arranged. In the meantime they spoke in learning, the daughter happened to have been present, and the Shidduch actually went through! The “Shadchan” was playing a nasty revenge trick and Hashem paid him back by making the shidduch go through. The “Shadchan” had the audacity to ask for Shadchanus. I responded that his shadchanus should be two slaps across the face, but not money! Rav Chaim Kanievsky

Q: Why are there so many failed marriages today?

A: People think that the reason things are not going well for them are because of their spouse specifically. That if they divorce, another Zivug immediately awaits them that will be fantastic for them. They don’t realize that Shiduchim don’t just roll around in the streets. There are hundreds, thousands, who have no shidduchim. After a divorce, there are also newer problems. People don’t necessarily chase after a second shidduch. There was one woman who was so bent on divorce. I tried convincing her to make the best of the situation she was in and turn it around. She refused. Today she cries, she has no husband, no family. She was sure that the moment she divorced she would find a shidduch exactly to her liking. She didn’t Rav Shteinman

Q: Are there Segulos for getting a Shidduch?

A: We have heard from our Rebbeim that there are Segulos for Zivuggim. The primary Segulah, the first one is that of Tefilah. Rebbitzen Kanievsky a”h explained that once when she was ten years old, her father (Rav Elyashiv) was not feeling well and remained at home. She saw that after he recited Oseh Shalom (in Shmoneh Esreh) he waited a long time before he returned to his spot. She later asked him what it was about and he explained that he had a tradition from the author of the HaL’shaim that it was a segulah to recite the psalm, “Esa Ainai el heHarim.” Later she explained that a group of Bochurim heard about this and they all did it. A while later they all got engaged. Rav Chaim Kanievsky. [Later he added that Segulos do not always work but they certainly help.]

This material came from chapter 13 of “M’Achorei HaPargud”, available at Seforim stores.