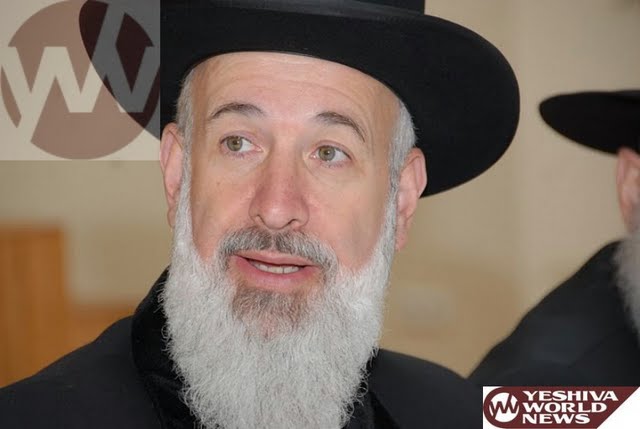 The trial of former Chief Rabbi of Israel Rabbi Yona Metzger Shlita got underway in the Jerusalem District Court on Thursday, 1 Rosh Chodesh Adar-II. The rabbi faces a multicount indictment that includes charges of breach of trust, fraud, money laundering and tax evasion; all allegedly during his tenure as Chief Rabbi. The prosecution explained they have gathered 150 folders of evidence in the case.

The rabbi refused to respond to questions and his attorney, Tal Gabbai, explained his client was the subject of a witch hunt.

The rabbi was arrested in June of 2013 and the investigation was given over to the Lahav 433 Unit, Israel’s FBI. He was remanded to house arrest for a period of time. The arrest followed months of an undercover investigation. According to the News1 website, the rabbi accepted NIS 10 million in bribes.

Chaim Eisenstatt, the rabbi’s former driver and assistant is the state’s star witness. Eisenstatt did not provide information against his former employer until Rabbi Metzger tried to place the blame for the illegal actions attributed to him on Eisenstatt, after which he agreed to become a state witness.

The opening of the trial was simply a technical formality as the court agreed to postpone the next hearing to January 2017 after Gabbai explained Rabbi Metzger only hired him for the case a week ago, changing attorneys, and he requires time to familiarize himself with the case.