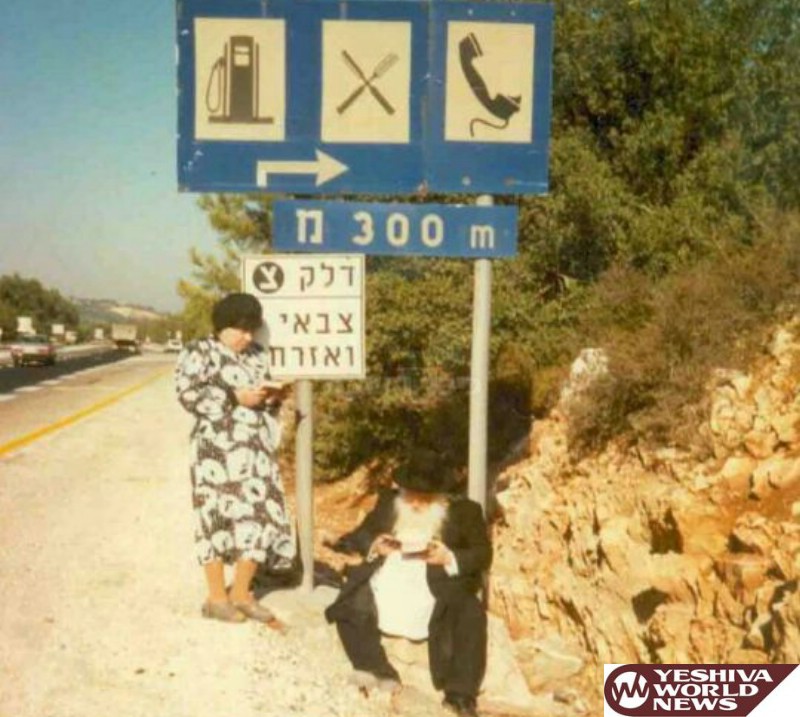 Not much is known about the attached photo.

They are at the side of the road, both reading from Seforim.

It is unknown why they were sitting on the side of the road, where or when this photo was taken, or what they are both reciting.

We found it interesting, and hope you do to.

[Batsheva Esther Kanievsky was Niftar in 2011. She was the oldest daughter of Maran Hagaon HaRav Yosef Shalom Eliashiv ZATZAL]