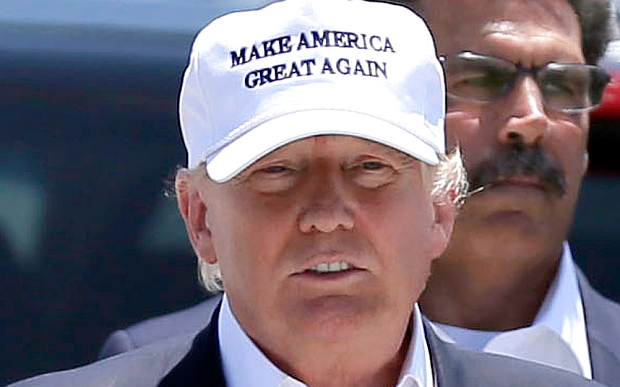 Billionaire mogul Donald Trump’s odds of winning the White House have plunged over the past six weeks to just 12 percent at ElectionBettingOdds.com. But to Wall Street, the prospect of a President Trump is even more remote.

That’s according to an analysis by Pravit Chintawongvanich, head derivatives strategist at Macro Risk Advisors. He looked at options placed on the Standard & Poor’s 500-stock index between September and December, an indicator of how tumultuous investors expect the market will be. What he found was that investors think the level of volatility in the fall won’t be much higher than it was over the summer – despite a little election on Nov. 8.

Now compare that to the huge jump in implied volatility of London’s FTSE 100 around the United Kingdom’s historic vote in June over whether to remain in the euro zone. It seems clear which potentially history-altering event investors are worried about.

Granted, online betting sites currently show a higher probability that Britain will exit the euro zone – the so-called Brexit – than Trump will become president. But Chintawongvanich first analyzed the data in late February, when Trump seemed to have the GOP nomination on lock. His odds of winning peaked in early March at 27.2 percent on ElectionBettingOdds.com, giving him roughly the same chances as the Brexit. Yet investors were actually more complacent about the presidential election back then.

“There was basically nothing priced into U.S. options for the election,” Chintawongvanich said. ” I felt there was a huge disconnect here.”

Let’s play devil’s advocate for a minute. It’s possible investors are not pricing in volatility because they don’t believe a Trump presidency would be consequential for stocks. Chintawongvanich said trading options became popular in the 1970s, and though the presidential elections since then have been politically and socially influential, markets have generally considered them to be a snoozer.

But Chintawongvanich argues this time is different – or, at least, it should be. The U.S. Chamber of Commerce has warned that Trump’s proposal to levy a 45 percent tariff on Chinese imports and a 35 percent tax on those from Mexico could spark a trade war that would throw the country back into recession. A model of the impact by Moody’s Analytics for The Washington Post shows 4 million Americans would become unemployed, and another 3 million jobs would not be created in the first place.

And those are just the trade policies. Trump has said he wants to pay off the country’s $19 trillion in debt over two terms in office – and that he can do it without cutting taxes. Another Washington Post analysis shows that would require economic growth of 13 to 24 percent every year. Right now, the economy is growing at just an annual rate of about 0.4 percent, according to the Atlanta Fed.

If growth doesn’t skyrocket, Trump would have to let the national debt stand or dramatically raise taxes to pay it off. The former leaves the economy with the status quo, which Trump recently predicted would lead to a “massive recession.” But the latter would also cause a massive recession, so perhaps there’s just no avoiding it.

The most likely explanation is the simplest one: Investors do not believe that Trump will become president. And that, Chintawongvanich said, makes it the riskiest stance of all.

“The scenario in which the market moves is when they don’t expect him to win and then all of a sudden he wins,” he said. “There could be a massive market move.”