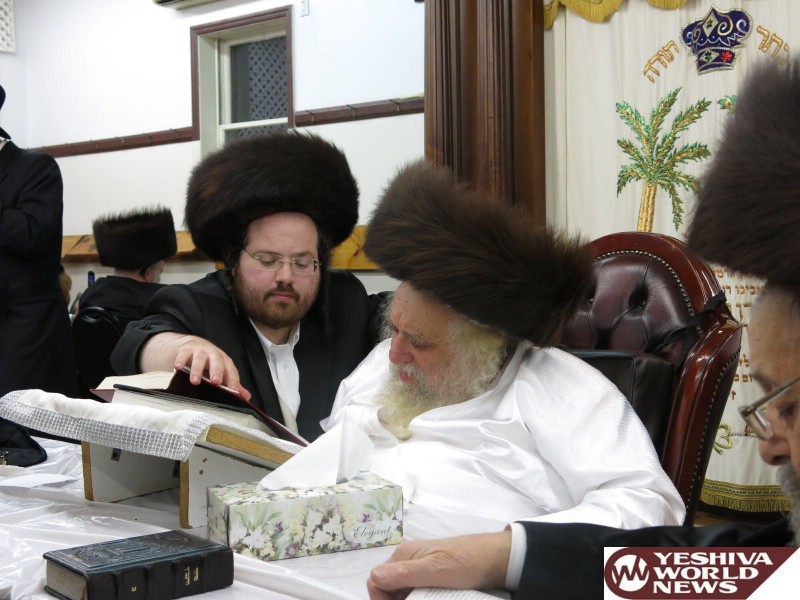 Hagaon HaRav Yechezkel Roth Shlita was rushed to the hospital by Hatzolah on Wednesday morning, and is listed in critical condition.

Sources tell YWN that Rav Roth was complaining of severe chest pains, and was rushed by Hatzolah to the hospital. He has since been placed on a respirator and the cardiac team at Maimonides Hospital is in the middle of emergency procedures.

Rav Roth, who is in his 80’s and is known as the Karlsburger Rov, leads a venerated beis hora’ah in Boro Park, and  is one of leading Poskim in the world today.

After many years of living in Eretz Yisroel, the Karlsburger Rav took leave of the holy soil to settle in the US, where he eventually became recognized as one of the great Diaspora poskim. Years later, he began dividing his time between New York and Eretz Yisrael, where he secludes himself for weeks on end in Meron in the spiritual shadow of Rabi Shimon in Meron.

In 1972, the Satmar Rebbe ztz”l sought a posek with uncompromising spiritual standards to serve on the Satmar beis din in Boro Park. The Rebbe’s spiritual requirements were daunting. The Karlsburger Rav, whose brilliance in Torah is surpassed only by his staunch principles and hashkafos that closely match those of Satmar, was immediately approved by Reb Yoelish. He dispatched messengers to the Karlsburger Rav’s home in Eretz Yisrael requesting that Rav Roth relocate to Boro Park to disseminate Torah, and the Rav assented. Since then, he has lived in New York, and although he is not officially affiliated with any group, he has close ties with the Satmar community.

The Karlsburger Rav soon acquired a reputation as one of the most eminent poskim of the generation. He accepts the most complex sh’eilos from all sections of the Shulchan Aruch, responding in lucid, understandable terms. His piskei halachah are studied and analyzed in batei medrash l’hora’ah throughout the world, and some of his responsa to personal status and family issues have ended months and even years of halachic debate where other dayanim were unwilling to take responsibility for such sensitive rulings.