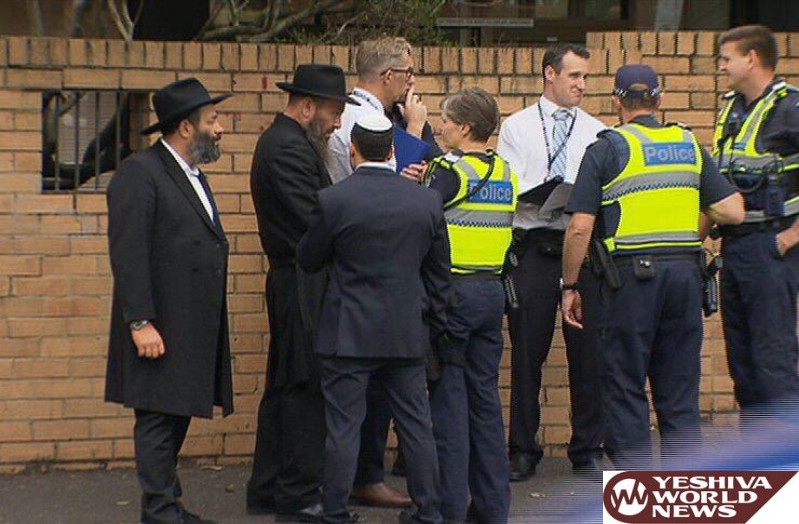 According to local media reports, the Yeshivah Centre in the St. Kilda East area of Melbourne, Australia was in “lock down for about an hour” on Shabbos due to a stabbing in the shul R”L, which is located on Hotham Street. The victim, a man in his 20s, was transported to Alfred Hospital in serious/stable condition. Police are investigating.

According to the version appearing in various Jewish media sources, the victim was wounded in his upper torso as a result of an argument during a kiddush. Kikar Shabbos News quotes witnesses who said a fight erupted at a Kiddush between two men over herring, with one refusing to pass it to the other. The man then picked up a knife and stabbed the other.

Hatzalah responded, treated and stabilized the victim and then transported to the hospital.