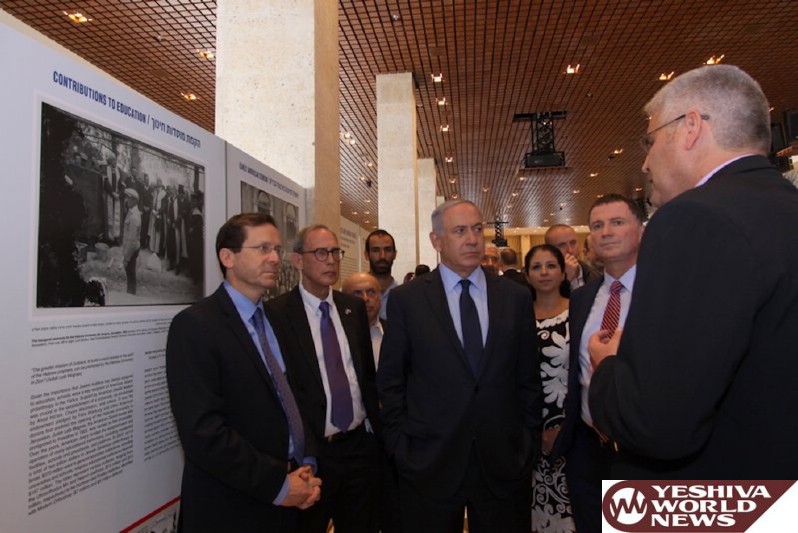 Top Israeli public officials and leaders gathered this afternoon at the Knesset to honor 100 years of American Jewry’s contribution to the State of Israel. Attendees included Israeli Prime Minister Binyamin Netanyahu, Leader of the Opposition Isaac Herzog, Chairman of the Jewish Agency Natan Sharansky and US Ambassador to Israel Dan Shapiro.

The ceremony, the first of its kind, which was initiated by the Ruderman Family Foundation and put together by MK Dr. Nachman Shai and Speaker of the Knesset MK Yuli Edelstein, honored the critical role American Jewry has made over the past 100 years in the establishment of the State of Israel and the Yishuv.

This landmark ceremony was accompanied by a special photographic exhibition, “Stripes, Stars and Megan David” marking American Jewry’s deep involvement with the Yishuv and the State of Israel, bringing to life the many years of unrelenting activity and support by American Jews through chronological illustrations in the fields of education, health, welfare, security and much more. The exhibition, erected by the Ruderman Program for American Jewish Studies at the University of Haifa, will be on display at the Knesset for two weeks before traveling to Beit Hatfutzot – The Museum of the Jewish People and Ben-Gurion Airport.

“For the past 10 years, May has marked Jewish American Heritage month in the US and we thought it was time that Israeli society also acknowledged American Jewry and recognize the contribution the community has made to the State of Israel throughout the years,” said Shira Ruderman, Director of the Ruderman Family Foundation. “The first step in Israel is knowledge. Most Israelis are not familiar with the fact that the American Jewish community has played such a significant role in the creation of the Zionist undertaking in building and developing the Jewish state. I’d like to personally thank MK Dr. Nachman Shai and Speaker of the Knesset MK Yuli Edelstein, who were imperative to the ceremony and have recognized it as a formal Knesset event.”

“I want to thank the Ruderman Family Foundation for this wonderful initiative and all the work they do to educate our delegates on a better understanding the American Jewish community. It’s been a difficult few days between myself and PM Netanyahu but one thing we have in common is our roots to the American Jewish people,” said Herzog. “We must do all we can to keep this golden bridge standing forever.” 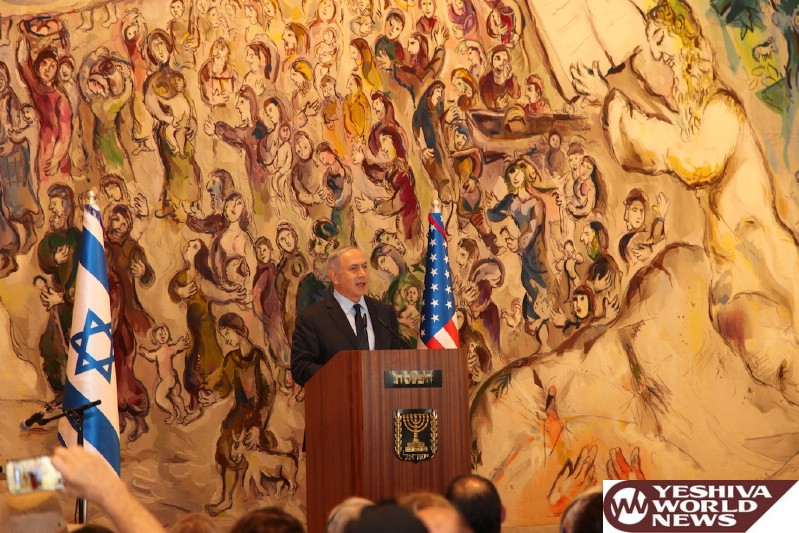