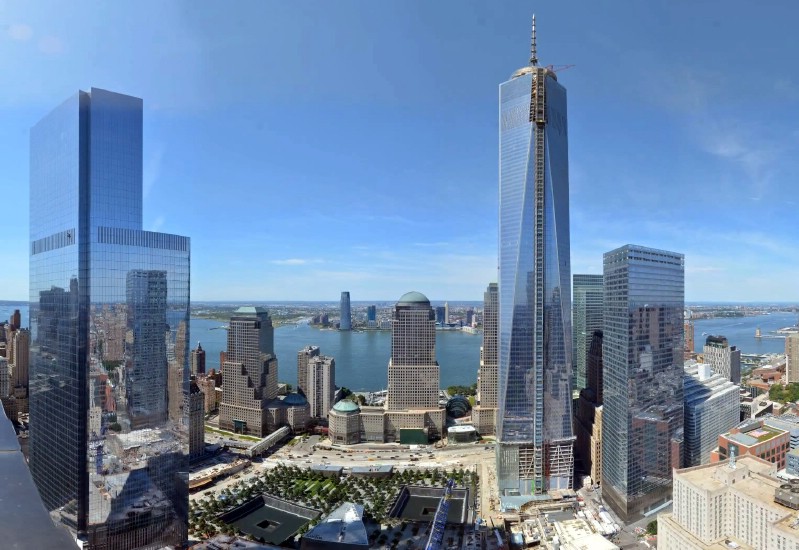 The World Trade Center’s newest skyscraper has reached its full height of 80 stories.

About 1,000 workers are attending the topping out of 3 World Trade Center in New York City on Thursday morning.

They signed a 2-ton bucket that’s used to haul concrete and it was hoisted to the top of the $2.5 billion high-rise to signal the construction milestone as a recording of “God Bless America” was played.

The building is one of three new skyscrapers that replace the twin towers destroyed in the Sept. 11, 2001, attacks.