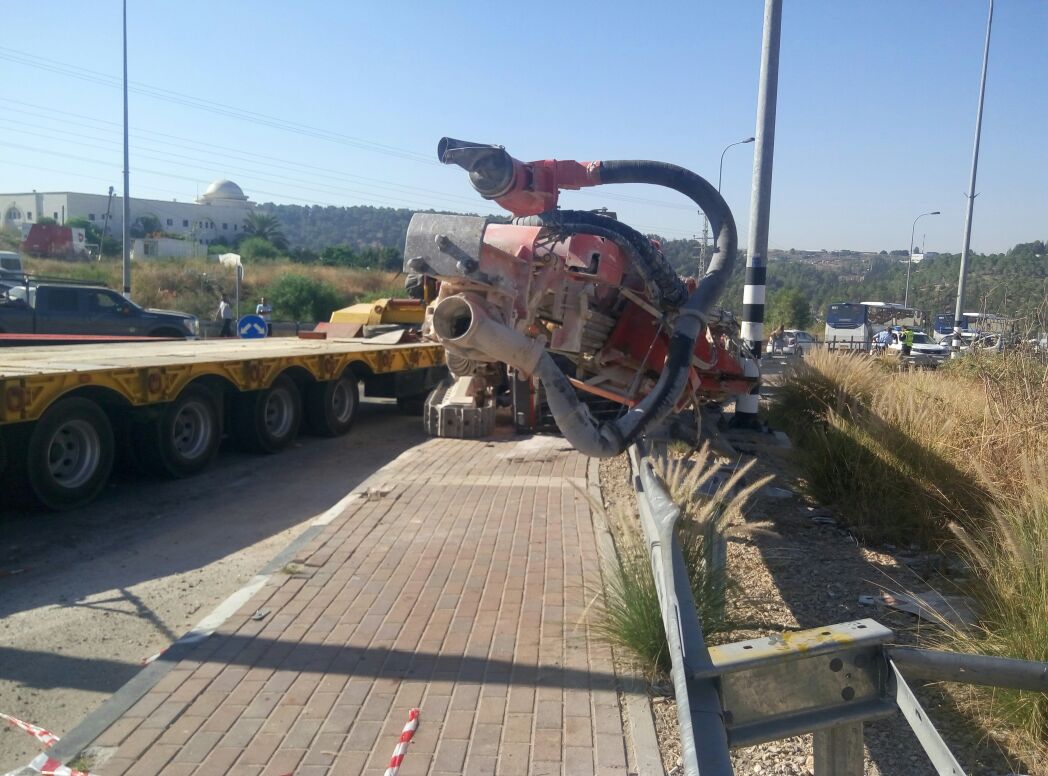 Two pedestrians, a mother and young daughter, were crushed when a heavy piece of construction equipment fell off a flatbed truck near the entrance to Hashmonaim on Route 446, which is not far from Modi’in Illit. It is reported the victims are chareidim.

B’chasdei Hashem rescuers managed to extricate the child who was in traumatic cardiac arrest and remains in critical condition. The mother, described as about 40, was pronounced dead in the hospital despite all life-saving efforts.

The initial probe points to driver recklessness as it appears he was travelling too fast, causing the tractor to flip over onto its side, crushing the victims.

UPDATED: The woman killed in the tragic accident has been identified as Mrs. Chana Geula Dweck z”l, in her 60s, from Modi’in Illit. Mrs. Dweck is the mother of singer/piton Moshe Dweck. 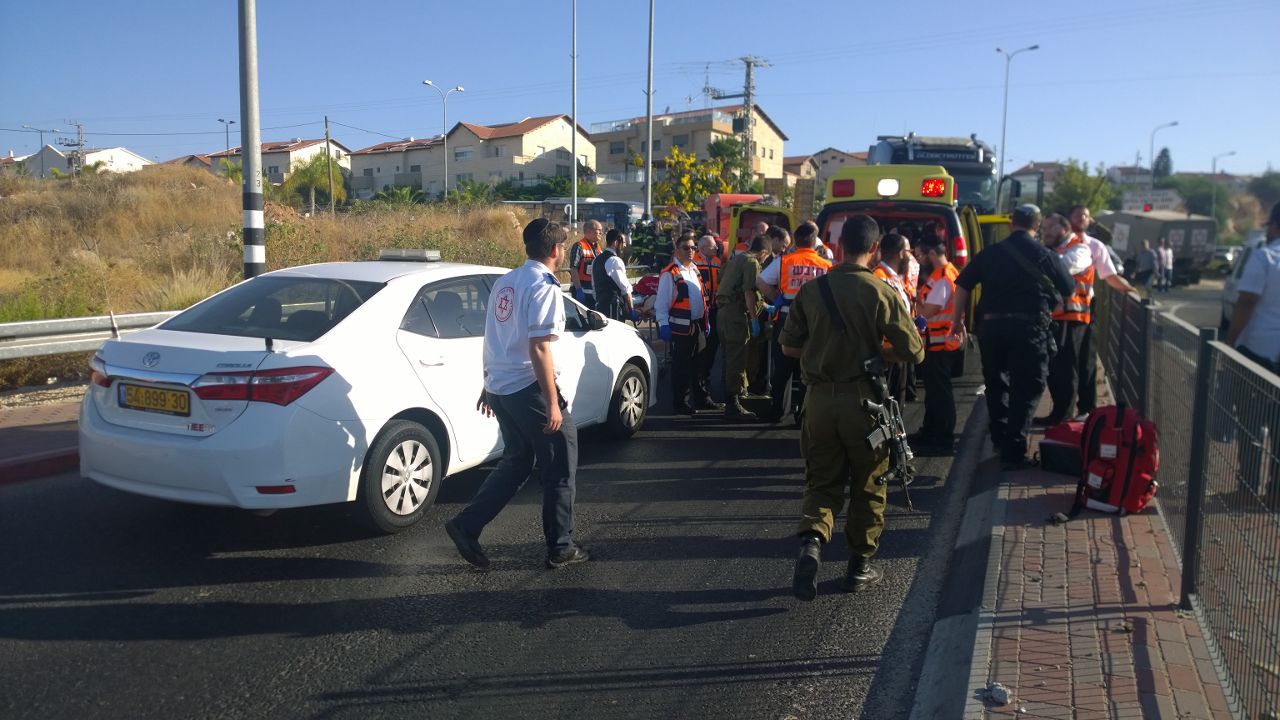 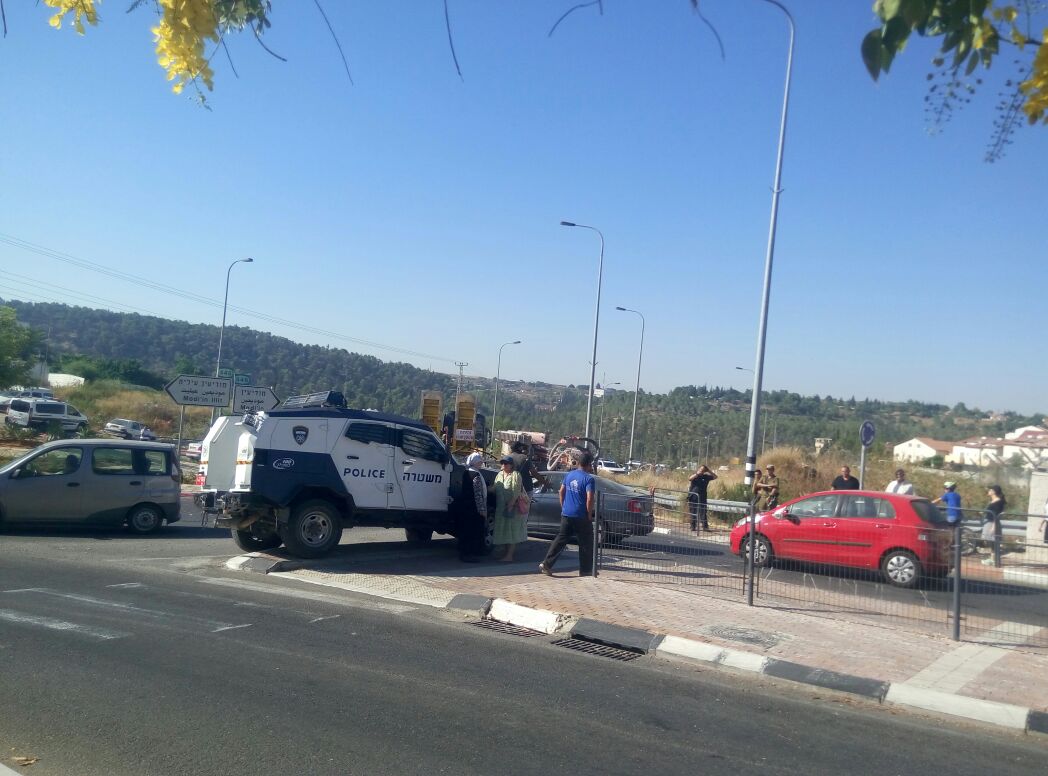 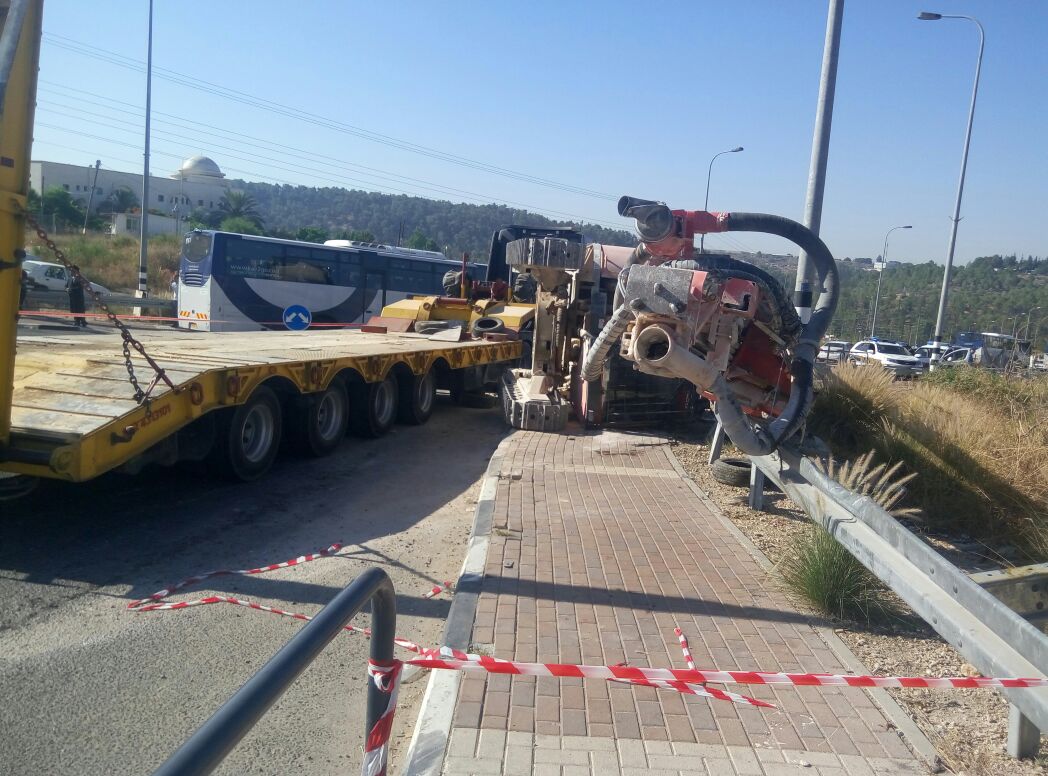 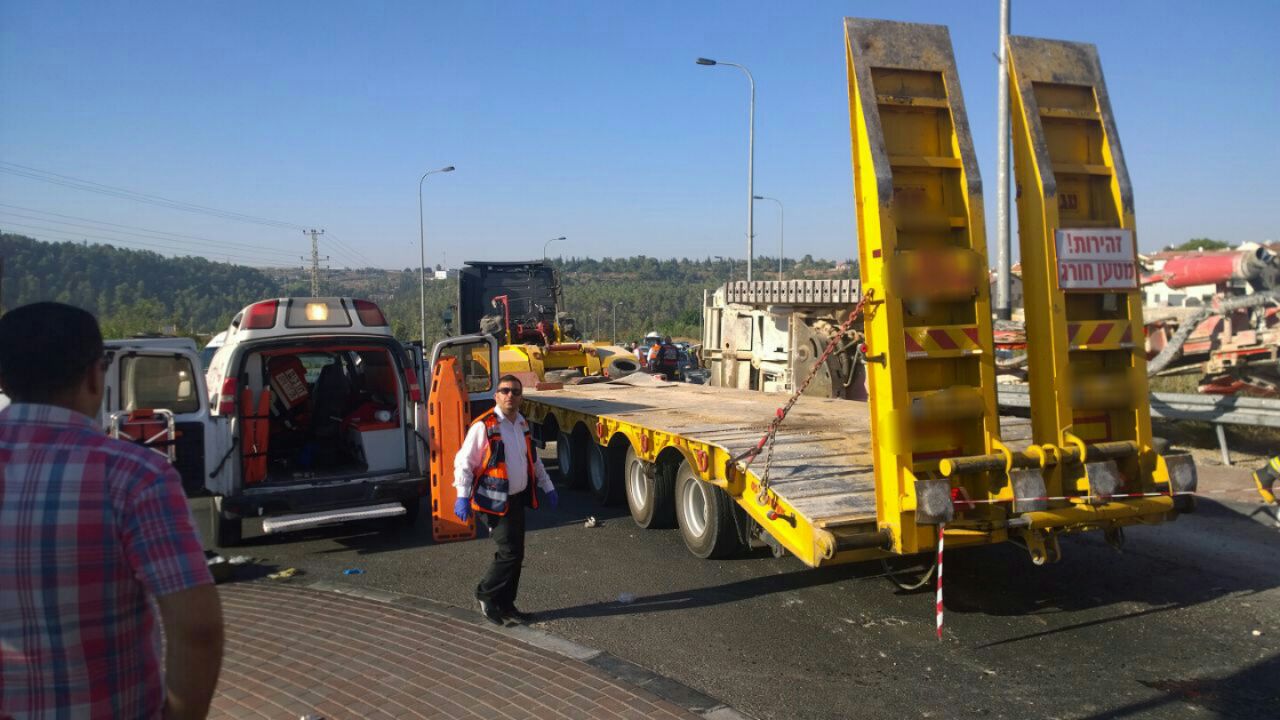 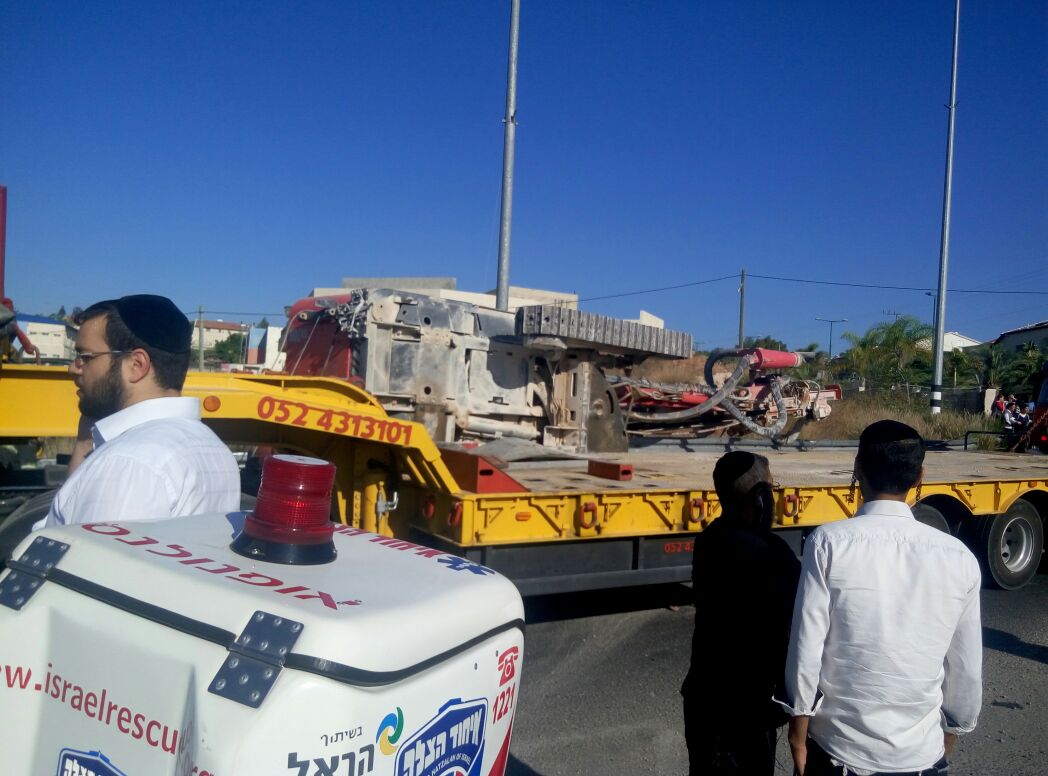