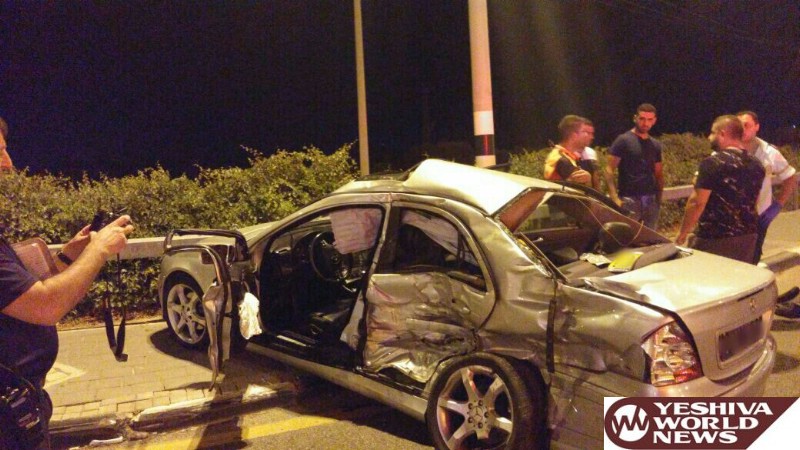 MDA EMT-3 Tzvika Weiss was among the EMS personnel operating on the scene of the fatal motor vehicle accident at Faradis Junction near Zichron Yaakov on Tuesday night the eve of 28 Tammuz. Two women and a baby girl were R”L killed in the accident that took place close to midnight, involving a private vehicle and a truck.

The truck struck the Mercedes Benz sedan that had five people inside, killing three of them. The two men survived. The two women and the child were seated in the rear. One woman, 32, was pronounced dead on the scene and the second and the infant were pronounced dead in a hospital. The women were sisters from Yaffo. One was the mother of the infant. The injured men, their husbands, sustained serious injuries in the accident.

Weiss explains when he arrived on the scene the five occupants of the vehicle were on the road, all outside of the vehicle. Police report a 30-year-old female and 1-year-old girl were pulseless and it was obvious they had sustained multi-system trauma.

Police are investigating. The 62-year-old truck driver, a resident of Haifa, was remanded on Wednesday. Police report it appears the vehicle was traveling in the direction of Yokneam on Route 70 and the truck was coming from Zichron towards Haifa when the truck struck it.

Rambam Medical Center officials on Wednesday at noon report the two victims are in a neurological unit with head injuries, one listed as serious and the second moderate. 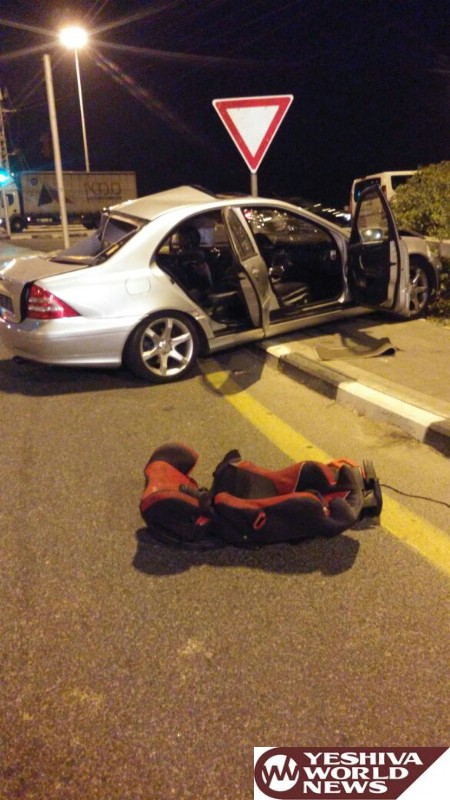