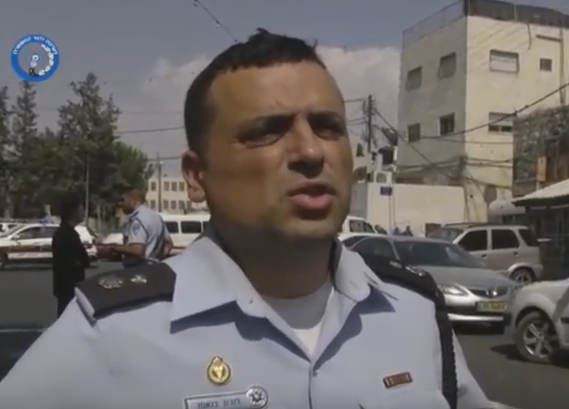 The following statement was released by Jerusalem police following the Thursday afternoon stabbing attack of a yeshiva bochur in the Har HaZeisim area of the eastern capital. As reported, the victim was stabbed with a screwdriver and listed in light-to-moderate condition when paramedics transported him to Hadassah Mt. Scopus Hospital, conscious and alert. The attacked fled the scene.

The police spokesman explains the call came in at about 2:30PM for a chareidi male who was stabbed in his back and neck in the A-Tor area of the eastern capital, the Har HaZeisim area.

The attacker surprised his victim and fled. The victim made it to the nearby police post and they treated him until MDA arrived on the scene. The attacker fled and efforts are ongoing to apprehend him.

It appears the motive was an act of terrorism.