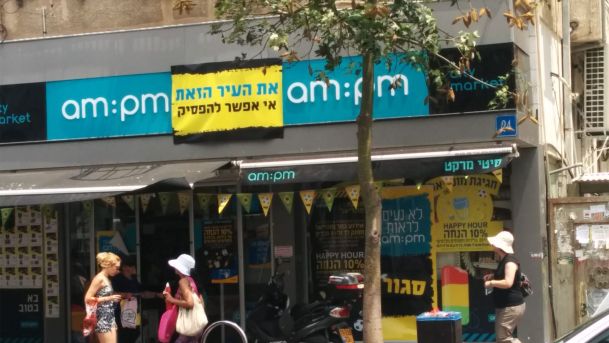 A committee headed by the Director-General of the Prime Minister’s Office (PMO) will soon submit its recommendations pertaining to stores operating in Tel Aviv on Shabbos. According to the Galei Tzahal (Army Radio) report, recent Interior Ministers have been unwilling to address this political hot potato regarding stores in Tel Aviv on Shabbos and the matter was given over to the special committee that also includes the Director-Generals of the Ministries of Economy, Interior, Justice, Religious Services and the PMO.

Tel Aviv Councilman and Yisrael Chofsheet party official Miki Gitzin feels the time has come to permit stores in the city to open on Shabbos as many wish to do. Gitzin adds the committee should honor the decision of Tel Aviv City Council, which abided by the democratic process to reach its decision. The council decided to permit a limited opening of stores to prevent Shabbos from becoming a weekday but on the other hand, permitting non-religious residents to shop on Shabbos. Gitzin explains the city has a plan, one that is enforceable, one that will provide essential services without Shabbos becoming just another day of the week.

· The first recommendation would permit 160 stores to open around the city in line with regulations set forth by the city.

· There is a third recommendation as well which also permits the opening of a certain number of stores.

It currently appears the special committee is entertaining one of the above possibilities, which will also compel amending the local municipality law, but the committee is not considering the closure of all stores in Tel Aviv on Shabbos. This Galei Tzahal reports has Tel Aviv Councilman (Shas) Elchanan Natan furious, insisting no stores may be permitted to operate on Shabbos.

From his perspective, it is not about 100, 120 or 150 stores opening but the idea of permitting Chilul Shabbos under the law.

Natan adds that till now, the city did not have to address the stores opening illegally but once a new municipal law is in place, the city will be compelled to compel stores operating illegally to shut their doors. He feels the committee’s recommendations are unacceptable and legalizing opening stores on Shabbos will lead to more harm than good.

Kobi Cohen, who runs the Super Yuda chain explained to Galei Tzahal that the time has come to decide if the country is a democratic one or a halachic state. Any attempt at a compromise he compares to Shlomo HaMelech and deciding to split the baby to satisfy both women. He backs the city’s proposal to permit the opening of 160 stores on Shabbos.