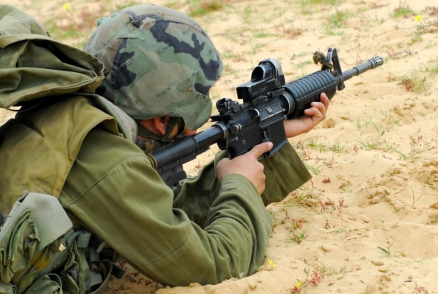 Earlier this week, YWN-ISRAEL reported that Jews were assaulted in Akko and an IDF soldier who saw what was taking place, came to the rescue of the victims. The soldier was compelled to draw his weapon to defend the group of tourists who were attacked without warning by local Arabs.

The police response amazed all involved, detaining the soldier and the confiscation of his weapon. The tourists came to the police station to give their statements, supporting the version of the events given by the soldier, not the attackers.

Police have realized the soldier reacted responsibly and have returned the soldier’s weapon to him, Honenu reports.

Honenu attorney Adi Kedar expressed delight after hearing police have come to their senses, calling on police to close the investigation and the case against the soldier and to arrest the Arab attackers who assaulted the group of tourists without provocation.