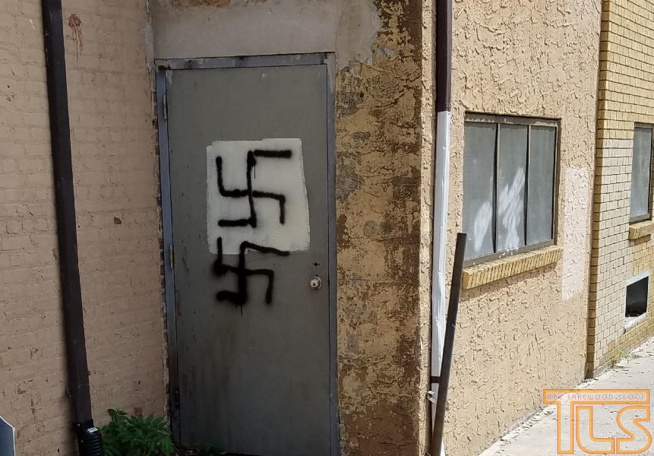 Swastikas and other anti-Semitic messages were found spray-painted at a Lakewood playground today.

Swastikas were sprayed on the play equipment, as well as on a door to the school building – currently utilized by a day camp.

Mayor Menashe Miller went down to the playground to see the hate messages, and condemned the act.

“Lakewood Township and its police department takes bias crime very seriously,” Mayor Miller told TLS. “It is obvious that someone is trying to intimidate a particular segment of the community and we will not tolerate that sort of behavior.”

The responding officer, Officer Ruiz apologized to the Mayor and bystanders for having to witness this type of anti-Semitism.