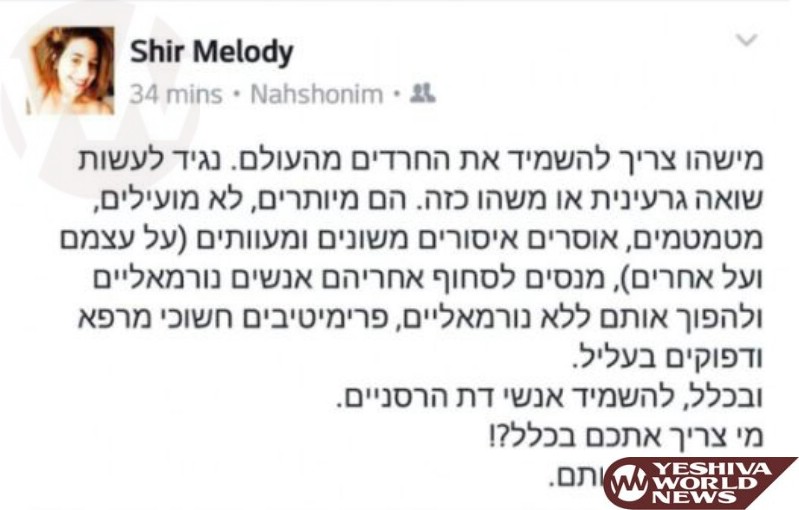 A frightening post was discovered on Facebook, on the page called Shir Melody, stating “Someone has to eliminate the chareidim from the world. Let’s say a nuclear Holocaust or something like this”.

“They are unnecessary, unproductive, stupid, prohibit and prohibit (themselves on others) and deformed – trying to sweep normal people and make them abnormal, primitive, incurably and evidently screwed – destroy these destructive clerics”.

Police have been notified as the posting is going viral in Israel.