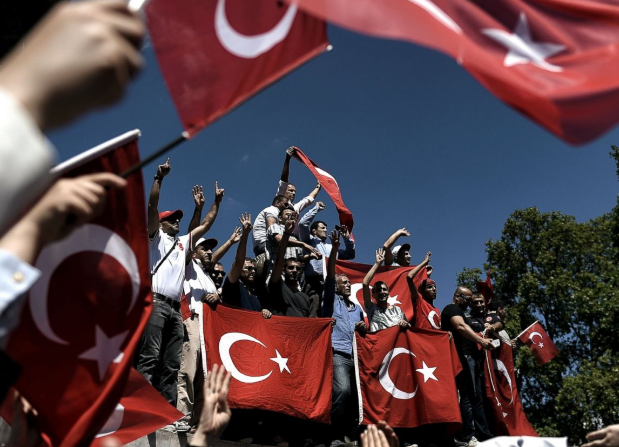 The Turkish justice minister says 32,000 people have been arrested since the country’s failed coup, and more may follow.

In a live interview with private broadcaster NTV on Wednesday, Bekir Bozdag said 70,000 people have been processed and 32,000 were formally arrested since the July 15 coup attempt. “There may be new arrests or releases according to the evidence and information gathered in the investigation,” Bozdag said.

He also said Turkey was building a courthouse in the outskirts of Ankara, the national capital, for the prosecution of suspected coup plotters.

Turkey says U.S.-based Muslim cleric Fethullah Gulen was behind the coup attempt that led to more than 270 deaths and considers him the leader of a “terrorist organization.” Bozdag said the U.S. is “required to arrest” Gulen under an extradition treaty between the two countries. The cleric denies all accusations.

More than 50,000 people have been expelled from the civil service, including in the military, police, judiciary, and education, through decrees under the state of emergency declared after the failed coup.