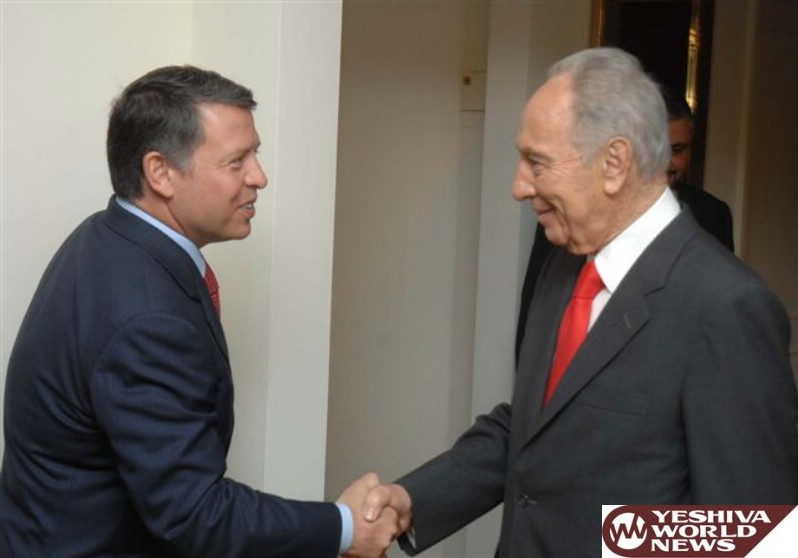 Israel’s Shimon Peres was widely admired around the world as a peacemaker and visionary, but the view in the Arab world was more complex: Memories linger of another Peres, who built up Israel’s military might, waged war in Lebanon and promoted policies seen as harmful to the Palestinians.

In a reflection of this sentiment, Peres’ death on Wednesday was greeted with official silence across the Arab world — in sharp contrast to the emotional tributes that poured in from the West.

While a long list of Western dignitaries prepared to descend upon Jerusalem for Peres’ funeral on Friday, no Arab leaders are yet scheduled to come. Even Egypt and Jordan, the two countries that have peace accords with Israel, had no official reaction Wednesday.

Arad Nir, the foreign affairs commentator for Channel 2 TV, said it would be “very sad” if the people who Peres negotiated with did not attend the funeral. “It puts a question mark on Shimon Peres’ vision, his life’s mission: Peace,” he said.

The silence reflects the animosity toward Israel in the Arab world, particularly at a time when the peace process Peres helped launch has collapsed and Arab anger is high at the hard-line policies of Israeli Prime Minister Benjamin Netanyahu. The Israeli-Palestinian issue is not high on the region’s agenda these days, amid other wars and crises, noted Michael W. Hanna, a Middle East expert at the New York-based Century Foundation.

“Besides, Peres left behind a complicated legacy,” he said.

Peres gained worldwide fame — and a Nobel Peace Prize — as the architect of the historic Oslo interim peace accords with the Palestinians in the mid-1990s. Late in life, he established a “peace center” in Tel Aviv that promoted coexistence between Israelis and Palestinians, and as the nation’s president he used the global stage to call for peace.

But in the Arab world, especially among Palestinians, many saw Peres’ vision of peace as all talk.

“He often presented himself as a man of peace, but no one in the Arab world really believed him,” said Abdullah el-Sennawy, a prominent Egyptian columnist. “Whenever there was war, he was there.”

As one of Israel’s founding fathers, Peres was associated with the “naqba,” or catastrophe, that befell the Palestinians in the war surrounding Israel’s creation, when hundreds of thousands fled or were forced from their homes.

“Peres was a significant contributor to the historic injustice that occurred to the Palestinian people,” Ghassan Khatib, a former Palestinian government spokesman in the West Bank, wrote on his Facebook page.

As a Defense Ministry official during the 1950s, he helped turn Israel into a regional military power and played a central role in secretly developing what is widely believed to be a sizable nuclear arsenal. And after Israel captured the West Bank in the 1967 Mideast war, Peres was an early defender of efforts to build Jewish settlements in the occupied territory — a position he would later abandon.

Even after spearheading the interim accords with the Palestinians, Peres led or defended tough military actions by Israel. While Peres was caretaker prime minister in 1996, Israel assassinated the Hamas militant group’s chief bomb maker in the Gaza Strip — prompting a wave of bloody revenge suicide bombings that are seen as a chief reason for his subsequent election loss to Netanyahu.

Under Peres that same year, an Israeli military operation in Lebanon included a deadly artillery strike on a U.N. compound in the village of Qana that killed dozens of civilians who had fled fighting to take refuge there.

“Real peace is implemented on the ground, not by killing women, children and the elderly, then taking the Nobel prize,” said Mohammad Jaafar, who was among the survivors of the Qana bombardment.

The incident is a key part of Peres’ legacy across the region. Announcing Peres’ death on Wednesday, Iran’s state television called him “the butcher of Qana.”

“He will stand in front of God and defend himself for his heinous crimes against humanity,” said Hamad al-Qahtani, a Kuwaiti government employee. “He killed refugees, orphaned children and destroyed families. May he get what he deserves.”

More recently, during his presidency, Peres defended Israeli offensives against Hamas in Gaza in 2009, 2012 and 2014 in which hundreds of civilians were killed.

In one famous encounter at the 2009 World Economic Forum in Davos, Peres clashed with Turkey’s then-prime minister, Recep Tayyip Erdogan, about the Israeli offensive in Gaza. “You kill people,” Erdogan said, rejecting Peres’ argument that the invasion was an act of self-defense because Hamas had launched rockets at Israel.

In Gaza on Wednesday, Hamas expressed joy over Peres’ death, and in Iran, local media reported that students distributed candies at Imam Sadegh University to celebrate.

“Shimon Peres was an example of how the world can forget someone’s crimes if they only live long enough,” Sultan Saoud al-Qassemi, a popular commentator in the United Arab Emirates, wrote on his Twitter feed.

Not all the reaction in the Arab world was negative. Palestinian President Mahmoud Abbas, a negotiator in the Oslo process, expressed “sorrow and sadness” over Peres’ passing. Officials said Abbas was considering attending the funeral on Friday.

And in Iraq, Iyad Jamal al-Din, a Shiite cleric and former politician, praised Peres as a “wise leader who helped his people.”

“What have Arab leaders done for their people? Peres turned Israel from a militia to a state. Today, the last wise man of the Israelis has passed,” he said.

Iranian political analyst Hassan Hanizadeh said Peres had been a moderating force in the region and helped prevent conflict. Netanyahu and other hard-liners will now have “a more free hand in implementing their hard-line policies in the region and world,” he said.