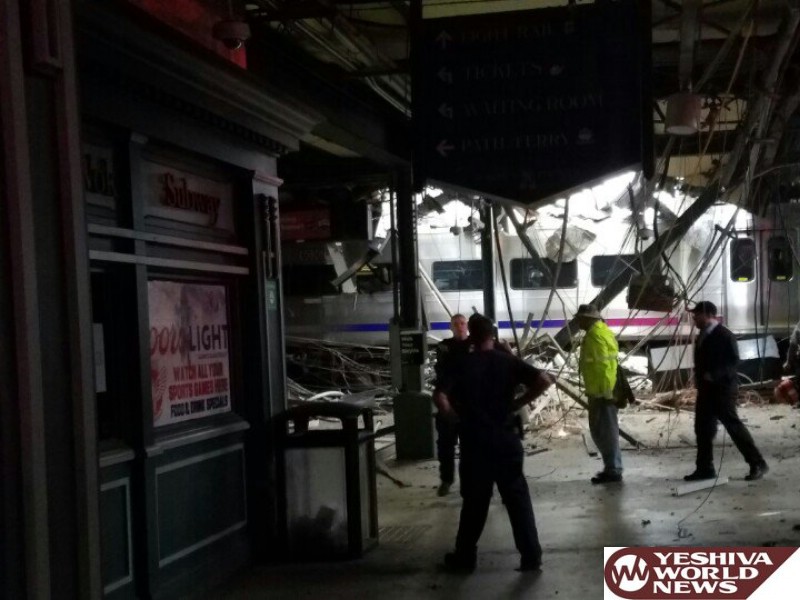 The following initial statement was just delivered to YWN by Governor Cuomo.

“At approximately 8:45 a.m. this morning, a New Jersey Transit train originating in Spring Valley, NY collided with the platform at the Hoboken Train Station in New Jersey. The train was carrying a large number of New Yorkers. While we are still learning more about the accident, recent reports indicate that at least 65 riders were injured and one person has been tragically killed.

“The state is working closely with New Jersey Transit and New Jersey authorities, as well as all local and federal partners to provide assistance and keep travelers safe. New York State Police, MTA, Metro North, Port Authority Police Department, Department of Health and emergency officials from the Division of Homeland Security and Emergency Services are traveling to New Jersey to assist in ongoing response efforts in the aftermath of the crash. The NYS OEM Emergency Operations Center has been activated at the enhanced monitoring level and will continue to provide updates throughout the day.

“NJ Transit, PATH and Hudson-Bergen Light Rail service at the Hoboken Train Station has been suspended until further notice. Ferry service to New York City from the nearby terminal has also been shut down. Commuters should expect major delays to New York City.

“My thoughts and prayers go out to all those who were hurt, and I extend my deepest condolences to the families of those whose loved ones were lost in the fatal accident. The state continues to work around the clock to help those in need, and we will continue to provide the public with more information as it comes in.”